Lions and Vikings can challenge Packers 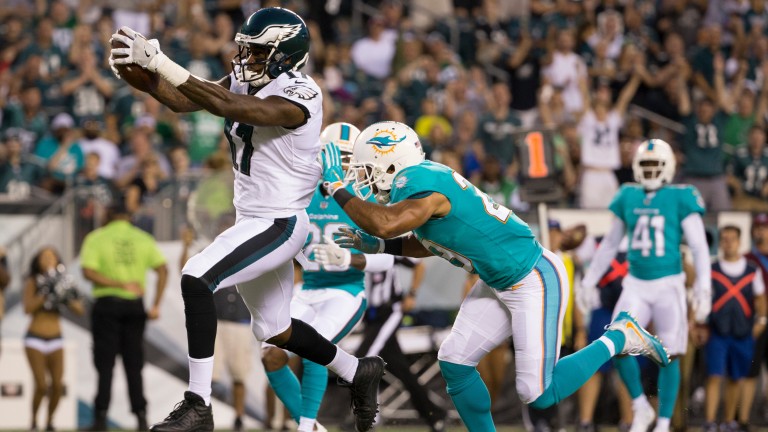 Alshon Jeffery (left) can be a big factor for Philadelphia
Getty Images
1 of 1
By Ian Wilkerson UPDATED 9:34PM, SEP 6 2017

One of the biggest achievements of last season was Green Bay recovering from a 4-6 record to claim the NFC North crown for the fifth time in six years and reach the NFC Championship game.

However, while quarterback Aaron Rodgers is a superhero and was the driving force for that recovery, the rest of the Packers need to step up and that could leave them vulnerable in the division this year.

The use of former wide receiver Ty Montgomery as the number one running back cannot be considered ideal and it would not be a surprise if Minnesota and Detroit continued to improve while Green Bay stood still, particularly as the Packers have lost some key blockers from their offensive line.

The Vikings were put on the spot by quarterback Teddy Bridgewater's knee injury on the eve of the season last year so Sam Bradford could be more comfortable under centre and they benefit form an agreeable set of early fixtures.

Meanwhile, Detroit were only a game behind Green Bay last season, when they slipped behind as quarterback Matthew Stafford injured his finger.

They would not have to improve greatly to be a factor and it could pay to oppose the Packers.

Dak Prescott and Ezekiel Elliott lit up Dallas as rookies last season but they can hardly be regarded as a surprise package in the NFC East this year. Elliott is also still appealing a six-week domestic-violence suspension.

The New York Giants will be seen by many as their chief rivals, but with Eli Manning having a disappointing season last year and their traditionally poor running game, there could be room for Philadelphia to make a big impression.

Rookie quarterback Carson Wentz should push on from an encouraging first campaign and they have boosted their receiving resources with the signing of Alshon Jeffery, while LeGarrette Blount is a decent running-back acquisition.

If their defence holds firm, they can improve and take the NFC East.

Carolina have some making up to do in the South after seeing their regular-season win total slip to just six from 15 in 2015.

They need quarterback Cam Newton at the top of his game and he has had problems with a shoulder injury.

The Panthers may have fallen behind Atlanta and Tampa Bay and could have to settle for third spot in the division.

There was a time not too long ago that the NFC West was the hardest division in the game, but the Los Angeles Rams and San Francisco have slipped far behind Arizona and Seattle.

The 49ers are likely to view this season as an opportunity for some of their younger players to gain experience under new coach Kyle Shanahan, but they could still have too much for Los Angeles.

The Rams have not seen their faith in quarterback Jared Goff rewarded and it is difficult to see them scoring enough points to be competitive, so take the 49ers to finish third in the division.