Eagles look capable of flying under the radar 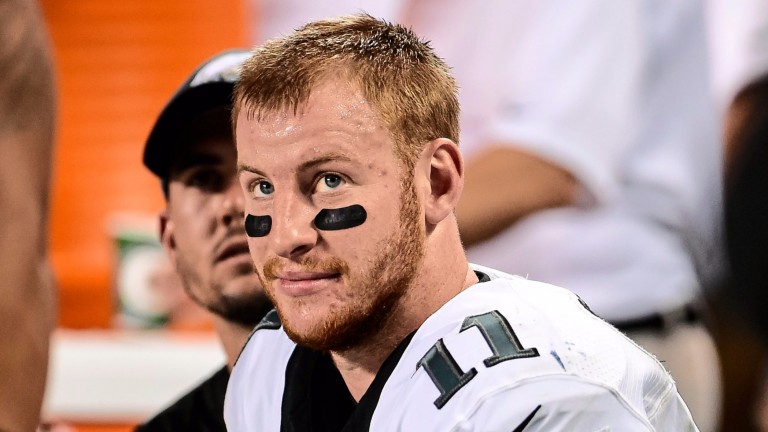 Verdict These are exciting times in Dallas after the emergence of Dak Prescott, who had a brilliant rookie season at quarterback behind a top offensive line.

Ezekiel Elliott was outstanding too and while he faces a suspension at the start of the season, Darren McFadden should slip in comfortably as his replacement. The Cowboys tried to boost their defence in the draft and Taco Charlton has the potential to be a fine addition as no player made more than six sacks last season.

However, they will not be a surprise package any more and have to cope with both a lack of secondary experience and a much tougher schedule.

Verdict There are concerns in New York about Eli Manning's decline and at 36 he is probably only going one way.

But a poor offensive line did not help his cause last season and the running game has been a problem for the Giants for a few years. Brandon Marshall and Evan Engram provide new outlets for Manning and Odell Beckham can be relied upon for producing the spectacular, but it will be up to a defence that conceded the second-lowest points tally in the league last season to help them through.

They scraped through a few games last year and it could be a tougher campaign.

Verdict The Eagles look to be on the upgrade. While not quite reaching Dak Prescott's heights at Dallas, Carson Wentz can be satisfied with his first season in the NFL and he has been boosted by new receivers Alshon Jeffrey and Torrey Smith which should help him continue his development.

Tight end Zach Ertz is set to feature prominently again and a weak running game has been improved by LeGarrette Blount's arrival.

The defence is capable of applying plenty of pressure and while the cornerbacks are a bit weak, they look to have a decent all-round roster and an excellent chance of claiming the division.

Verdict Kirk Cousins performed well last season but an uneasy contract situation is hovering in the background and that has the potential to be a distraction.

Terrelle Pryor will have to fill DeSean Jackson's boots and the receivers may be weak as Josh Doctson had an injury-hit rookie season, so expect tight end Jordan Reed to see plenty of the ball if he can stay fit.

They went defence-heavy in the draft and face a tough start with Oakland, Kansas City, Dallas, Seattle and two games against Philadelphia in their opening eight matches. It's going to be tough.