Vikings can extend their winning run in Chicago 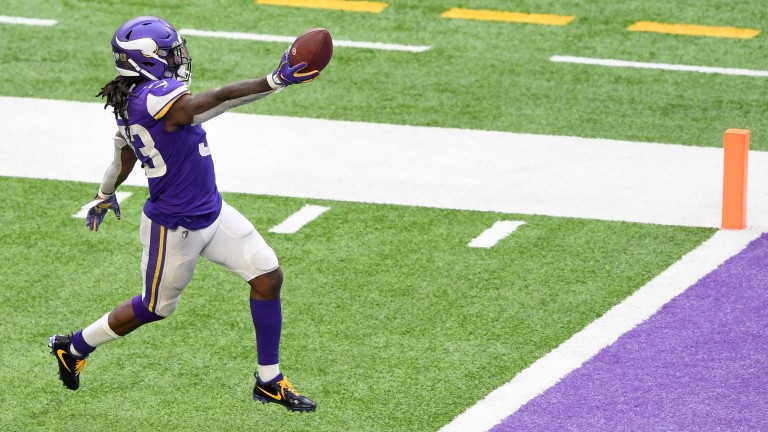 Minnesota's Dalvin Cook has been hard to stop in recent weeks
Hannah Foslien/Getty Images
1 of 1
By Phil Agius 2:55PM, NOV 15 2020

Free NFL picks, best bets and analysis for Minnesota Vikings at Chicago Bears in Week Ten of the 2020 NFL season.

Chicago
Running back David Montgomery (concussion) is out. Defensive end Roy Robertson-Harris (shoulder) is out for the season.

Minnesota look the right favourites for their NFC North showdown against Chicago at Soldier Field on Monday night even though the Bears have chalked up two more wins this season.

The Bears have a winning record at 5-4 while the Vikings have lost five of their eight games. Chicago have lost three in a row, albeit against decent teams, but they might find it hard to arrest their slide against a Minnesota side who seem to be coming into form with impressive running back Dalvin Cook leading the way.

The Vikings lost five of their first six fixtures this season, but four of those losses were to playoff-calibre sides in Green Bay, Indianapolis, Tennessee and Seattle, and the only really disappointing show saw them lose 40-23 at home to Atlanta.

Cook has taken charge in their last two games, with 226 scrimmage yards and four touchdowns in an eye-catching revenge win over the Packers and a further 206 rushing yards and two TDs in a 34-20 success against Detroit last week.

With Adam Thielen and rookie Justin Jefferson providing a talented receiving threat, the Vikings have more weapons than most teams with which to test the Chicago defence.

Offence has been the Bears' problem this season. Only three teams in the league have a lower average than their 19.8 points per game and head coach Matt Nagy has handed over play-calling duties to offensive coordinator Bill Lazor for this game.

That could provide a spark but first-choice running back David Montgomery will miss this game due to concussion and quarterback Nick Foles has been struggling for form.