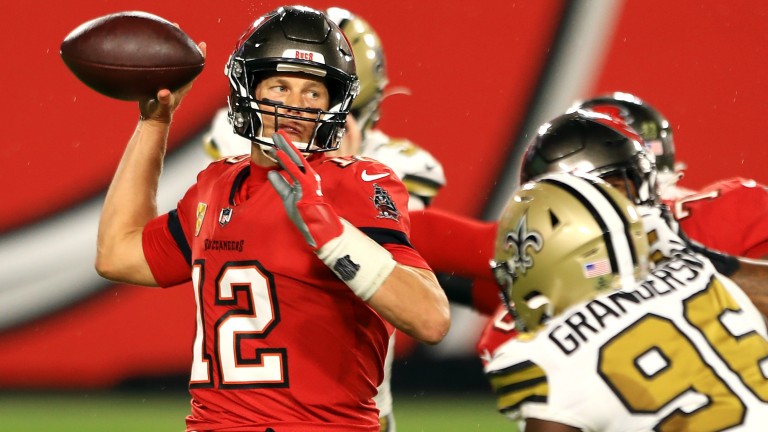 Free NFL picks, best bets and previews for the Sunday games in the divisional round of the NFL playoffs for the 2020-21 NFL season.

It might be asking too much of the underdog Cleveland Browns to eliminate Super Bowl champions Kansas City from the NFL playoffs but they may well be capable of staying within a big handicap line.

The Browns caused a seismic shock in their first playoff appearances since 2002 last week, storming to a sensational 28-0 first-quarter lead against AFC third seeds Pittsburgh and hanging on to win 48-37 in a road game when everything looked to be against them.

Cleveland have been troubled by a Covid-19 outbreak for the last three weeks and went into the Wild Card clash without their impressive rookie head coach Kevin Stefanski, Pro Bowl guard Joel Bitonio and two starting cornerbacks among others.

They had every excuse to bow out tamely but instead made the Steelers, who had started the season 11-0, look like the team who had quietly accepted their fate.

Now the Browns must step it up another level against the Chiefs, who went 14-2 after defeating San Francisco in last season's Super Bowl, with the second loss coming when they rested key players against the Chargers in Week 17.

The Chiefs have not been at their sublime best lately, though, with their seven wins in the second half of the season coming by two, four, three, six, six, three and three points - all smaller margins of victory than the Browns handicap start.

Only two of those wins were against teams who made the playoffs (Tampa Bay and New Orleans), while the Browns now have a 12-5 record this season and also a sense that they belong at this level.

Cleveland running backs Nick Chubb and former Chief Kareem Hunt plus quarterback Baker Mayfield - the oldest QB in the AFC playoffs this week at 25 - will no doubt need to put plenty of points on the board for their team to have a shot, but that is nothing new.

The Browns have won games in which their opponents have scored 30, 38, 34, 25, 35 and 37 points this season so they will not flinch from a potential shootout with the majestic Mahomes.

Chiefs coach Andy Reid is one of the best around at having his team in shape following a bye week and he will no doubt have some smart play designs up his sleeve.

But Mahomes has not played since December 27 due to sitting out the Chargers game and KC's first-round bye and another fast start by the Browns could make things interesting.

Old masters Tom Brady and Drew Brees go head-to-head in the final divisional playoff game of the weekend and they should combine to provide plenty of entertainment and points.

Brady, at 43 and Brees, who turned 42 on Friday, are the oldest QB pairing ever to face each other in a playoff game, 18 years after their first NFL meeting when Brees led the San Diego Chargers to a 21-14 win over Brady's Patriots.

The small handicap in favour of the Saints might perplex some at first given the results of the teams' meetings in the NFC South this season.

New Orleans intercepted Brady twice in a 34-23 home win on the opening day of the season and crushed the Buccaneers 38-3 in Florida in Week Nine.

The Bucs finished the season much more strongly, though, as Brady got to know his new teammates and extra weapons such as wide receiver Antonio Brown were brought in to assist.

Tampa Bay suffered narrow losses to the Rams and Chiefs before their late bye in Week 13, but rattled off four wins on their return to seal a playoff spot.

They made rather heavy weather of getting past Washington on the road last week, but their 31-23 win over a team with a decent defence but lesser offence than the Saints adds weight to the argument that they could score and concede plenty in this match.

The Saints' four regular-season defeats came in pairs, in Weeks Two and Three and 14 and 15, with excuses for the second dip as that was Taysom Hill's final game filling in as starting QB against the Eagles and a half-fit Brees returning from broken ribs against the Super Bowl champions Kansas City.

They lit up the Superdome on Christmas Day with a 52-33 win over Minnesota and late-night punters may be able to savour something similarly entertaining with neither of the old gunslingers likely to take a backwards step.

The total points line has been exceeded in 22 of the Buccaneers’ last 31 games, 25 of their last 34 on the road, and ten of their last 11 against NFC South teams.