Solid Steelers look the part but Browns should improve

Cleveland have grounds for optimism 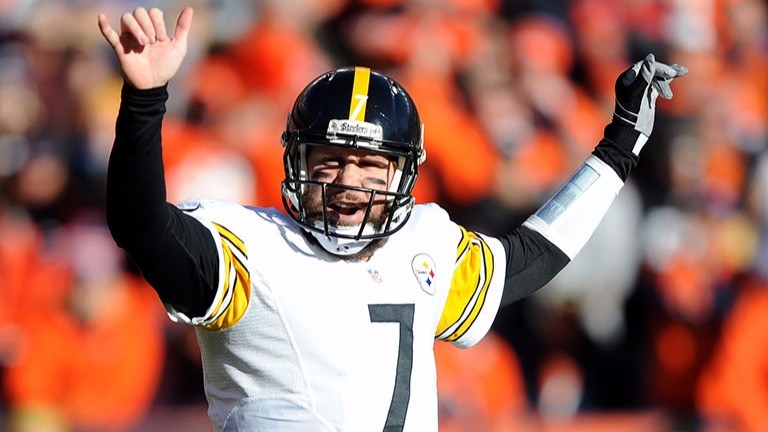 Pittsburgh quarterback Ben Roethlisberger has a great offence to work with
Getty Images
1 of 1
By Ian Wilkerson UPDATED 9:20PM, SEP 6 2017

Verdict If everything clicks for the Ravens then a return to the playoffs is a realistic target, but it's a big if. There is a lot of pressure on injury-prone quarterback Joe Flacco and he is playing behind a weak offensive line, which doesn't help.

New running back Danny Woodhead comes in after a serious knee injury that meant he missed most of last season for the Chargers. However, coach John Harbaugh may be encouraged by the fact that seven of their opening nine matches are against teams who did not make the playoffs last season.

If they can make a good start they look Pittsburgh's biggest challengers in the division.

The top two draft choices look exciting on paper - John Ross should be a great accompaniment to Green while Joe Mixon has the potential to replace Hill as the number one running back if he can behave himself - but the main problem the Bengals have is protecting them after the departures of Andrew Whitworth and Kevin Zeitler.

That won't be easy and unless others step up, a return to the playoffs looks only possible rather than probable and a 8-8 season has to be the first target.

Verdict The Browns had a dismal campaign last year but there are grounds for optimism and scope for noticeable improvement.

Rookie quarterback DeShone Kizer has been given the keys to the offence and he should be able to flourish behind an expensive offensive line, and he has showcased a strong arm in pre-season.

Running back Isaiah Crowell could be in for a big year too. Defensive end Myles Garrett, the first overall draft pick, has the potential to be a huge star and there is definitely a feeling that the Browns have turned the corner. It is realistic to expect them to win half-a-dozen games.

Verdict The Steelers are the dominant team in the division and will be many people's idea of a side who can challenge New England for AFC Championship honours.

Their star offensive performers, quarterback Ben Roethlisberger, running back Le'Veon Bell and receiver Antonio Brown are up there with the best in the league but they have to stay fit.

If they complete the season, they should be right up there, especially with Martavis Bryant offering another pass outlet now he returns from a ban. There is plenty of talent on the other side of the ball and they have a great chance of going deep into the playoffs.