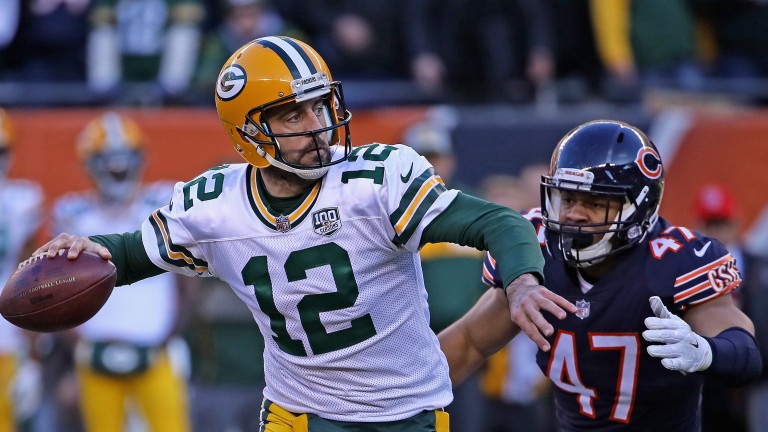 The NFC North looks the toughest division to call with Chicago and Minnesota harbouring genuine hopes of going all the way and Green Bay hoping a change of leadership will reignite their spark.

Packers quarterback Aaron Rodgers will have to be at the top of his game in two games apiece against the Vikings and Bears, who possess two of the best defences in the game, but a renaissance under new coach Matt LaFleur cannot be ruled out.

The Bears have to cope with the expectation of last season's 12-4 record and it could become a burden for quarterback Mitchell Trubisky, and it could be that Minnesota prove to be the pick of the bunch.

Kirk Cousins didn't have a great first season in Minneapolis but if they can keep their offensive playmakers off the treatment table and a new offensive line can gel, their defence could do the rest.

They have three home divisional games in their last four fixtures and their final one against Chicago on December 29 could prove crucial.

Verdict The Bears were 8-1 to win the NFC North last year but were inspired in claiming the title, helped no end by their excellent defence which was boosted by the capture of Khalil Mack from Oakland. They were the best team in the league against the run and they can make an impression on the other side of the ball too if Mitchell Trubisky can cope with an unusual phenomena in the Windy City - expectation.

Verdict Matt Patricia had a difficult first season at Ford Field and has gone for what he knows by capturing former Patriots Trey Flowers and Danny Amendola. The defence were in the top ten for fewest yards allowed both through the air and on the ground, but the offence need to step up otherwise the pressure will be on to replace ten-year veteran Matt Stafford at quarterback, and maybe the head coach too. They won't have it easy in a tough division.

Verdict Mike McCarthy left Lambeau Field after 12 years as head coach and it looked as if things had got a bit stale. Matt LaFleur has headed north from Tennessee and may be more prone to utilise the run, which would take some pressure off superhero quarterback Aaron Rodgers. Wide receiver Davante Adams looks set for another big season, but they are likely to miss linebacker Clay Matthews. Much will depend on how LaFleur and Rodgers hit it off but it's dangerous to dismiss them.

Verdict The Vikings failed to live up to high expectations, but there is scope for improvement. Getting a full season out of talented running back Dalvin Cook will be key, but the other ingredients look to be in place. The receivers are excellent and the defence is also one of the best in the league, so if Kirk Cousins can improve on a disappointing first season and they can improve on scoring an average of 22.5 points per game, they could have a big season.