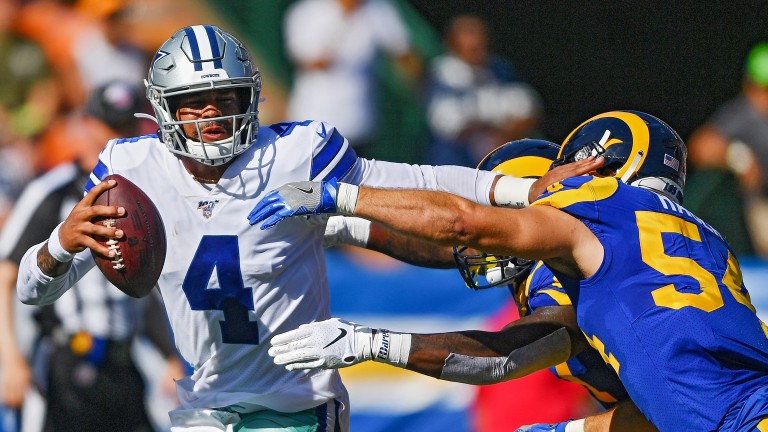 No team have retained the NFC East championship since 2004, but the Dallas Cowboys could end that trend this year.

They and Philadelphia look a class above their rivals the New York Giants and Washington, and the Cowboys should provide the value, especially now star running back Ezekiel Elliott has settled his contract issues.

New Orleans are the only team they face in their first six games who had a winning record last season, and they can form the foundations for a push in the second half of the season.

The Cowboys are strong on both sides of the ball and while Philadelphia have excellent potential, there may not be as much between the teams as the prices suggest.

Washington could give them most to think about in the division - both face the Redskins in the opening two weeks - while there are problems at the Giants that don't appear to have been rectified over the off-season.

Verdict The Cowboys won seven of their final eight regular-season games last season, and there will be a great deal of relief that running back Ezekiel Elliott has resolved his contract dispute. Receiver Amari Cooper has also shown great understanding with quarterback Dak Prescott. Defensively they remain sound and it could be a wise move to have brought tight end Jason Witten out of retirement to influence a young roster. They could be in for an excellent season.

Verdict It looks like being a season of struggle for the Giants, whether we are watching the dying embers of Eli Manning's career or first-round pick Daniel Jones getting used to NFL life behind a weak offensive line. Add to that Beckham's departure, his replacement Golden Tate being banned for the first four games and fellow receiver Corey Coleman being ruled out for the season with injury, then there is little to smile about and matching last season's tally of five wins might even be a struggle.

Verdict The Eagles look a strong squad, even though keeping Carson Wentz fit will be their biggest priority, particularly after they traded away Nick Foles. The addition of Jordan Howard and the return of DeSean Jackson look good moves and they have plenty of offensive power, but there have been changes in the defensive line and it could take a while for them to gel. They should still have high hopes of making the playoffs for the third successive season.

Verdict The Redskins' defensive line is excellent but they need to be given rest to be effective and that burden will fall on a weak-looking offence who have to help Case Keenum. Tight end Jordan Reed needs to stay fit as the group of receivers do little to inspire and they are hoping Derrius Guice can show the way on the ground to ease the load on 34-year-old Adrian Peterson at running back. It would be a surprise if they were still playing in the new year.