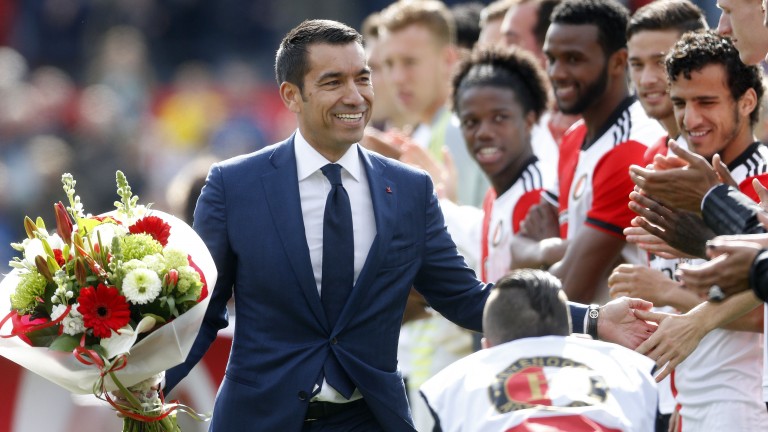 Celtic's odds to win the Scottish Premiership have shortened as Rangers begin their hunt for a successor to manager Steven Gerrard.

The Gers denied Celtic a tenth consecutive league title last season but they have been eased to 4-6 to retain their crown after Gerrard's departure to English Premier League club Aston Villa.

Former Netherlands international Giovanni van Bronckhorst, who played for Rangers between 1998 and 2001 before moving on to Arsenal and Barcelona, has been backed into odds-on to be the Glasgow giants' next permanent manager.

Van Bronckhorst led Feyenoord to the Eredivisie title in 2016-17 before leaving the Rotterdam club in 2019 after four years in charge. He spent one season as manager of Chinese side Guangzhou R&F but stepped down in December 2020.

Ladbrokes clearly regard Gerrard's exit as a blow to the defending champions, cutting Celtic from 13-8 to 5-4 to regain the Premiership title, and a compelling battle between the Old Firm clubs is on the cards.

Rangers have taken 30 points from their first 13 league games this season, establishing a four-point lead over second-placed Celtic, and Filip Helander's goal gave them a 1-0 win at Ibrox in August's first Old Firm derby of the 2021-22 campaign.