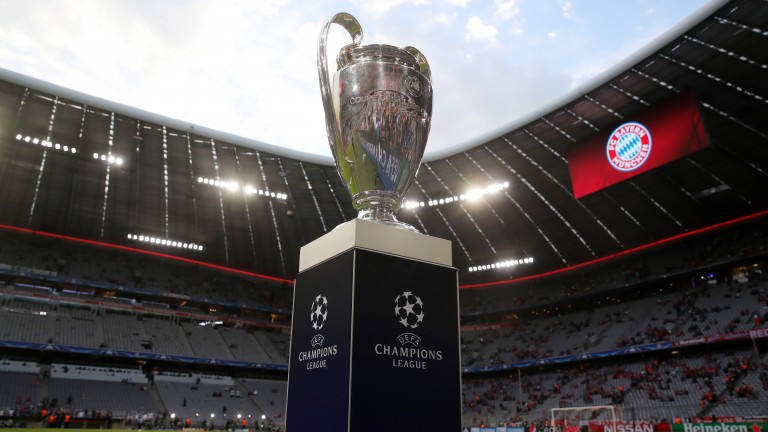 Champions League joint-favourites Manchester City will face either Juventus or Lyon in the competition's final four if they get past Real Madrid in the quarter-finals.

Pep Guardiola's men, who head the market at 3-1 with Bayern Munich, lead Real Madrid 2-1 after the first leg at the Santiago Bernabeu which took place before the season was suspended.

Teams such as City, who are due to play at home for the last 16 second legs, will still play at their own stadium on August 7 and 8 but the quarter-finals and semi-finals will be played as one-off matches at Sporting Lisbon's Estadio Jose Alvalade, before Benfica's home stadium plays host to the final on 23 August.

If City progress they are expected to be the only remaining Premier League club in the last eight of the competition, with Chelsea trailing Bundesliga champions Bayern Munich 3-0 from the first leg of their last 16 encounter at Stamford Bridge. The winners of that tie will face either Barcelona or Napoli, who drew their first leg 1-1, in the quarter-finals.

After City and Bayern, Paris Saint-Germain are next in the Champions League betting at a best-priced 11-2, having been trimmed to as short as 9-2 in places after drawing in-form Serie A outfit Atalanta in the next phase.

The other quarter-final tie sees Liverpool's conquerors Atletico Madrid, 10-1 to win the tournament, take on Leipzig, who dispatched Tottenham 4-0 on aggregate in the last round but are the 16-1 outsiders.

Manchester United are 11-4 to win the Europa League, having gone 17 matches unbeaten in all competitions following Thursday's 3-0 win over Aston Villa.

They have all but sealed their spot in the competition's quarter-finals, crushing LASK Linz 5-0 in the first leg of their last-16 tie, and will face either Copenhagen or Istanbul Basaksehir.

Wolves, who are 8-1 to win the tournament, drew 1-1 with Olympiakos in their quarter-final first leg and could meet United in the semi-finals if they beat the Greeks and see off either Roma or Sevilla in the next round. Inter Milan (5-1), Bayer Leverkusen (7-1) and Sevilla (10-1) are among the other fancied sides.

FIRST PUBLISHED 2:16PM, JUL 10 2020
Manchester United are 11-4 to win the Europa League, having gone 17 matches unbeaten in all competitions