Newcastle should have the edge on corner count

Toon should have more attacking time against Bournemouth 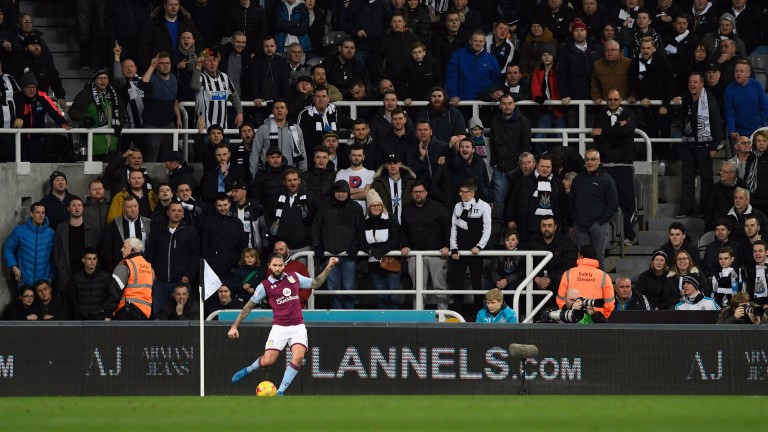 Newcastle have defended more corners but the trend may be reversed
Stu Forster
1 of 1
UPDATED 9:11PM, NOV 3 2017

Newcastle have defended more corners than they have attacked at home in the Premier League, but it could pay to bet on a reverse in Saturday’s match against Bournemouth.

Back Newcastle –1 on a corner handicap with Betfair at 13-8. For the bet to succeed Newcastle must take at least two more corners than Bournemouth. And the chance of that happening might be better than 13-8, which suggests only a 38 per cent chance of a payout.

Two of Newcastle’s previous five home games were against elite opponents, Tottenham and Liverpool. In two of the other three they gained two corners more than they conceded. And they could do at least as well again.

Corners are an occasional byproduct of attacking, so they tend to be related to how much time a team spend attacking, which in turn is related to the number of goals they score and concede.

The result-related markets for St James’ Park imply a 60 per cent chance of Newcastle scoring any goal that is scored. They are probably not wrong by much if anything.

Newcastle, newly returned from the Sky Bet Championship, have started the season with better results than expected by most people, including manager Rafa Benitez. Bournemouth have started with worse results than expected by most people. In reality there may not be much between the teams apart from ground advantage, but that belongs to Newcastle for this fixture.

Over the last 20 seasons in Premier League games with similar goals expectations the chance of the home team beating a corner handicap of –1 was about 50 per cent.

The chance of Newcastle doing so against the Cherries is less than 50 per cent, but might still be greater than 38 per cent.

Bournemouth in previous seasons generally gained a larger share of corners than we should have anticipated from their share of goals. That was because they tended to have a lot of possession. They attacked in ways which were not only enjoyable to watch but also effective.

That has not happened so much this season, but there is no obvious reason for the change, so previous service may be resumed, perhaps starting in this game. Manager Eddie Howe said on Friday: “We’ve always been a team that has attacked with everyone and we need to get our fluidity back in that sense.”

So there are ways in which Bournemouth could defeat the suggested bet. All things considered, though, there do seem to be plausible grounds for thinking that the chance of Newcastle beating a corner handicap of –1 is still better than envisaged by odds of 13-8.

Gianni Brera, who was editor of La Gazetta dello Sport, said the perfect game of football would end 0-0. Every brilliant attacking thrust would be stopped by an equally brilliant defensive block.

For that to happen the teams would have to be identically brilliant, with the ball and without the ball.

Scores in football matches rise as the difference in ability between teams widens.

The first-round draw this season included teams from the third to the eighth tiers of English football – from League One all the way down to the Isthmian League North Division and Northern Premier League Division One.