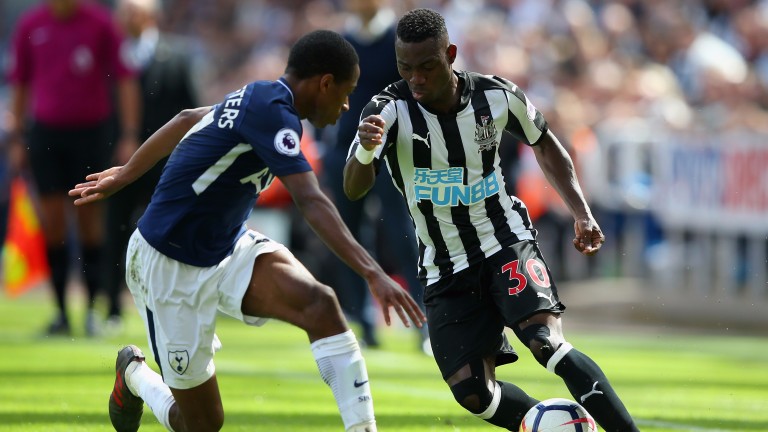 Christian Atsu will be looking to start for Newcastle
Getty Images
1 of 1
By Matthew Ireland UPDATED 8:13PM, OCT 14 2017

Since the turn of the century, the careers of Southampton's Mauricio Pellegrino and Newcastle's Rafael Benitez have followed a similar path but the older manager could have the upper hand in Sunday's Premier League game.

As a player at Valencia under Benitez's guidance, Pellegrino was part of an uncompromising backline who helped to land two La Liga titles and the Uefa Cup in 2004.

Two years later the pair were briefly reunited at Liverpool until Pellegrino's retirement, when he returned to Valencia to coach Los Che's youth team.

That would not be the end of the Benitez-Pellegrino partnership, however, with the Argentinian rejoining Benitez at Anfield in a coaching capacity before moving to Inter in 2010.

Inter sacked Benitez later that year but seven years on, the apprentice gets his first chance to challenge his former master.

Trips to the south coast have been pretty miserable for Newcastle with just one win in 16 visits to Southampton. However, after a sticky opening patch, the Toon Army march south having taken ten points from the last 15 possible.

Opening defeats to Tottenham and Huddersfield, plus a 3-2 EFL Cup reverse by Nottingham Forest, hinted at a tough season for Benitez and his side. But Newcastle rallied impressively before the international break and look to have been dismissed too easily by bookmakers.

The Geordies are 4-1 to win at St Mary’s and evens to head home with at least a point.

Benitez has made a point of tightening his defence and he has done so to great effect. Newcastle have generally had less of the ball than their opponents in their last five games - they have averaged just 40.2 per cent possession - but they have conceded just three times, with their opponents managing just over three shots on target per game.

New signing Joselu has struck up a fruitful understanding with fellow Spaniard Ayoze Perez and if the Magpies strike first they have a great chance of holding off the shot-shy Saints.

Finding the net continues to be a problem for Southampton. Three goals in four home games isn’t a damning statistic but they all came in the 3-2 win over West Ham and Saints have failed to find the net in eight of their last nine outings at St Mary’s.

Attacking focal point Shane Long is a doubt with a hip injury and could be replaced by either Manolo Gabbiadini or Charlie Austin, but even with those capable striking options they have looked short of ideas when in advanced positions.

Going into the weekend only three top-flight clubs had scored fewer goals than the Saints and their lack of cutting edge could cost them.

Coupled with Newcastle’s defensive approach, clear-cut chances could be few and far between and backing under 2.5 goals looks a sensible play.

Team news
Southampton
Shane Long is expected to play despite missing Ireland's win over Wales on Monday because of a hip injury. Saints have no other new concerns.

Newcastle
Jonjo Shelvey is expected to feature despite fracturing a finger in training. Defenders Paul Dummett and Massadio Haidara are out, but midfield duo Matt Ritchie and Christian Atsu are expected to play after international duty.

Key stat
Southampton have scored in only one of their last nine home league games.