Pakistan can continue their resurgence with win over New Zealand 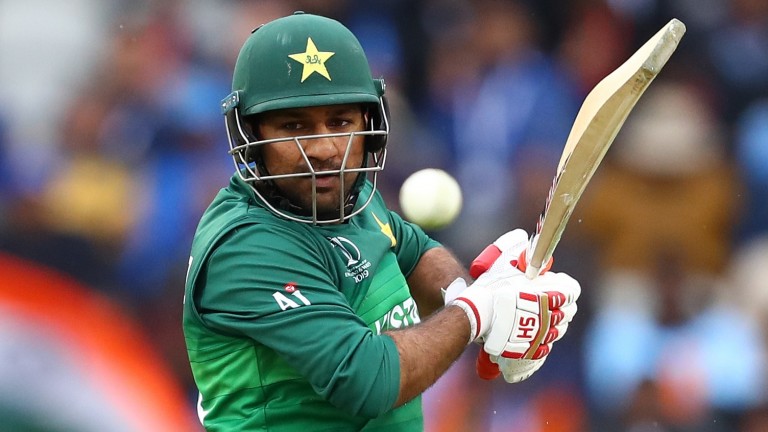 Pakistan dug themselves out of a hole when lifting the World Cup in 1992 and some of their players may look back to that famous side as a source of inspiration as they prepare to take on New Zealand at Edgbaston.

The 1992 World Cup was the only one played in the same format as this summer – with all the teams contesting a single group and the top four qualifying for the semi-finals.

Pakistan were ultimately triumphant, defeating England in the final, but it was a minor miracle that they reached the semi-finals, having won just one of their opening five matches.

Their record after five games (one win, one no result and three losses) was identical to the position Sarfaraz Ahmed's side were in ten days ago having lost by 89 runs (DLS method) to rivals India.

But Pakistan responded to the India defeat with a convincing 49-run success over South Africa on Sunday and go into the New Zealand contest with renewed hope of making an impact on the tournament.

New Zealand are in a far more comfortable position, having taken 11 points (five wins and one no result) from six games and know that a win against Pakistan will guarantee a semi-final place.

Best bets
New Zealand have won a lot of tight matches this summer but look worth opposing at odds-on against a dangerous Pakistan side bidding to come up on the rails in the race for a top-four finish.

The Black Caps slipped from first to second in the table after Australia's 64-run victory over England at Lord's.

But England's defeat is likely to be far more meaningful for Pakistan, opening the door for them to make a push for semi-final qualification.

Pakistan have most of the elements of a seriously good one-day side.

The depth of their batting was evident during the 14-run win against England with Babar Azam (63 runs), Mohammad Hafeez (84) and Sarfaraz (55) making telling contributions.

And bowling excellence came to the fore when they restricted South Africa to 259-9 on Sunday, well short of the 309-run target.

The Proteas couldn't cope with the pace and accuracy of seamers Mohamed Amir (two for 49) and Wahab Riaz (three for 46) and never got to grips with leg-spinner Shadab Khan, who took three for 50 on a Lord's wicket which wasn't turning a great deal.

Pakistan have room for improvement in the field - they have dropped more catches than any other team - but their main problem is a general lack of consistency.

It is hard to explain how the same side who batted with so much excellence and intelligence against England were also guilty of subsiding to 105 all out in their opening match against West Indies.

New Zealand have been the complete opposite – a model of consistency whose excellent fielding regularly makes the difference in close matches.

Sri Lanka and Afghanistan were swept aside but the Black Caps had to fight tooth and nail for victories over Bangladesh (by two wickets), South Africa (four wickets) and West Indies (five runs).

Staying calm under pressure has served New Zealand well but they have also relied heavily on captain Kane Williamson for match-winning knocks and if they possessed a few more match-winning players, they might not have been dragged into so many tight tussles by ordinary opposition.

New Zealand's contest with India was rained off and they still have to play the other top-four sides, Australia and England.

Outside that top four, Pakistan look the most dangerous team, and defeating pre-tournament favourites England showed what Pakistan are capable of on a good day.

If they reach those standards at Edgbaston, they will be tough to beat.

New Zealand
Tim Southee (calf) is fully fit but New Zealand have used the same 11 players in every game and may stick with the same formula until qualification is secured.

Pakistan
Changes are unlikely for Pakistan, who have not reported any fresh injury problems since defeating South Africa on Sunday.

Venue
Edgbaston offered some assistance to the bowlers when New Zealand made 245-6 to defeat South Africa (241-6) last Wednesday.