Ollie Pope and Tom Latham can impress at the crease 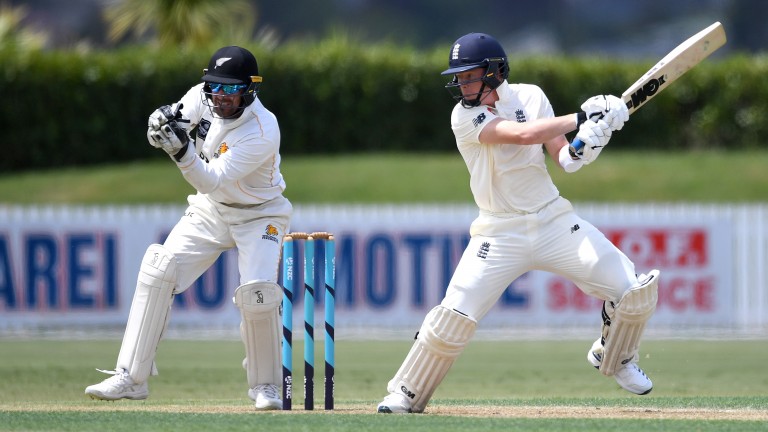 The Bay Oval in Mount Maunganui hosts its first Test match and bookmakers are struggling to pick a favourite between New Zealand, captained by local hero Kane Williamson, and England.

The hosts made a staggering start to last year's two-Test series, reducing England to 27-9 on the first morning of the first Test, as Trent Boult and Tim Southee ripped through the visitors.

England will hope to lay a more solid foundation this time around and number six Ollie Pope could make the most of his second crack at Test cricket.

The Surrey youngster played two Tests at number four against India in 2018 but he should be more comfortable away from the new ball and a first-innings runs line of 26.5 is well within his scope.

Pope piled up 561 runs in just eight innings in the top flight of the County Championship runs this summer, scoring an unbeaten 221 against a Hampshire attack including Kyle Abbott, Fidel Edwards and Liam Dawson.

He averaged 70 in Surrey's 2018 title-winning campaign and looked in good nick in two warm-up games, scoring 31 and 88.

All eyes are on Williamson when New Zealand bat but the skipper hasn't had much time in the middle recently due to a niggling hip injury and opener Tom Latham is worth supporting at 9-1 for a first-innings century.

Latham's last two first-innings scores in the domestic Plunket Shield were 224 and nought, reflecting the ups and downs of life as an opening batsman, but once he gets in he is a hard man to dislodge.

Fending off Stuart Broad and Jofra Archer will not be easy but Latham has a rock-solid record of eight centuries and nine fifties in 45 Test first innings and has four scores of 150-plus in his last six appearances.

Cloudy but dry on the first two days, 21C; sunny on days three, four and five with temperatures reaching 27C.