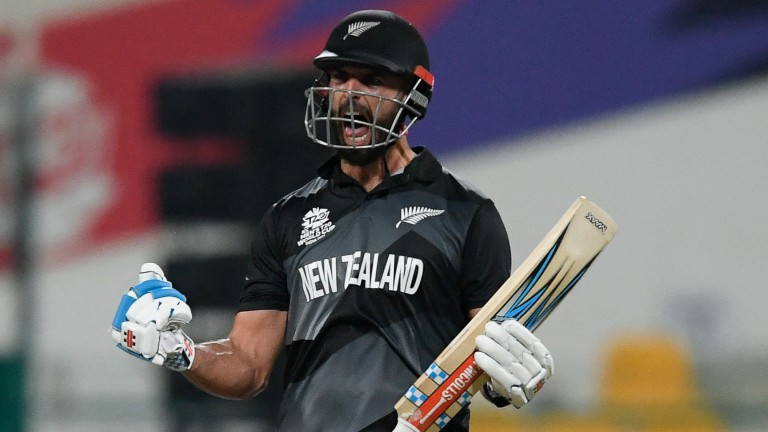 New Zealand and Australia blazed their way into the T20 World Cup final after thrilling semi-final run-chases against England and Pakistan and their showdown in Dubai could be more competitive than bookmakers expect.

Australia are rated clear favourites to be crowned Twenty20 world champions for the first time but Kane Williamson's Black Caps can never be written off.

New Zealand finished as runners-up in the last two 50-over World Cups, losing to Australia in 2015 before an agonising Super Over defeat against England four years later, and in June they won the inaugural ICC World Test Championship against India.

Twenty20 is arguably their weakest format but they bounced back from an opening Super 12 defeat to Pakistan by thumping ante-post favourites India in Dubai and they look a tempting price to upset the Aussies at the same venue.

Australia came into the World Cup having lost 16 of their 24 T20 internationals since the start of 2020 and they were hammered by England in their third group game, losing by eight wickets with 50 balls to spare.

They pipped South Africa to a semi-final spot thanks to victories over eliminated Bangladesh and West Indies and benefited from a crucial dropped catch by Pakistan's Hasan Ali in the semi-final before Matthew Wade saw them home with three consecutive sixes in the 19th over.

Australia have undoubtedly improved throughout the tournament but they are sure to be tested by New Zealand's bowling attack.

Experienced fast bowlers Trent Boult and Tim Southee have taken 19 wickets between them at an excellent economy rate and leg-spinner Ish Sodhi claimed 13 scalps in New Zealand's 3-2 series win over the Aussies in March.

Martin Guptill and Kane Williamson dominate the top New Zealand runscorer betting but both fell cheaply to Chris Woakes in the semi-final against England before Daryl Mitchell (72 not out) and Jimmy Neesham (27 off 11 balls) turned the game around.

Devon Conway, who made an important 46 in the semi, has been ruled out with a broken hand but wicketkeeper-batsman Tim Seifert is an able replacement and the Kiwis are worth backing to edge a compelling final.

One man they will be wary of is rejuvenated Australia opener David Warner. The left-hander's lean spell in T20 cricket saw him dropped by IPL side Sunrisers Hyderabad shortly before the tournament but he signed off the group-stage campaign with an unbeaten 89 against the Windies.

His 49 off 30 balls against Pakistan was a beautifully-paced innings against some high-class pace and spin bowling. Warner was given out caught behind in the semi despite missing the ball and he looks a solid selection to outperform his fellow batters.