'The Lions struggled with the pace of the game' 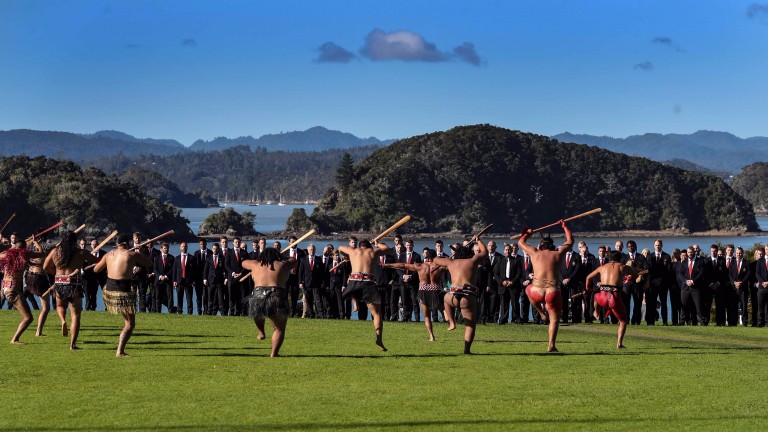 The British & Irish Lions are given a Maori welcome in Waitangi
Â©INPHO/Billy Stickland
1 of 1
By Graham Woods 12:20PM, JUN 7 2017

The British & Irish Lions spend their Sunday at the birthplace of the New Zealand nation, the Waitangi Treaty Grounds, where they were given an official welcome by more than 400 Maori warriors.

"Off the rugby field, that was probably one of the best experiences I've had," said captain Sam Warburton. "All the players came out of there in awe really."

It certainly helped deflect attention from the negative reaction from press and pundits to the team's performance in their opening match on Saturday, a laboured 13-7 win over the New Zealand Provincial Barbarians.

Here's what a few had to say:

"It was an entirely amorphous effort, a lack of variety behind the scrum, a simplistic one-out carrying game, and a pair of half-backs moving as if weighed down with lead.

"In blunt terms the Lions looked incompetent. How could a team stacked with nothing but internationals for so long look so leaden footed, so lacking in confidence they took kicks at goal instead of looking for tries from a lineout, so lacking in co-ordination and attacking ideas?"

"With a desperately tough schedule ahead, Gatland will be particularly concerned at the lack of penetration up front and the failure of his backs to outshine a team composed of players from below the top tier of New Zealand provincial rugby."

"Far from playing with their desired tempo, the Lions were often pedantic in possession. The apparent lack of energy as much as cohesion was a concern. Most of all, one suspects, their breakdown work will have to improve, be it better presentation of the ball and more accurate clearing out, given how fiercely the New Zealand regional sides compete there."

"The Lions struggled with the pace of the game - not so much physically, but mentally. They didn't have the natural instincts to pounce on opportunities when they came."

"We arrived on Wednesday and we are still recovering from the travel and the guys haven't got into regular sleep patterns. Some players are still seeing the doctor for sleeping pills to help them sleep. You have just got to try and recover as quickly as possible."