Lions could be mauled by lively Red Bulls 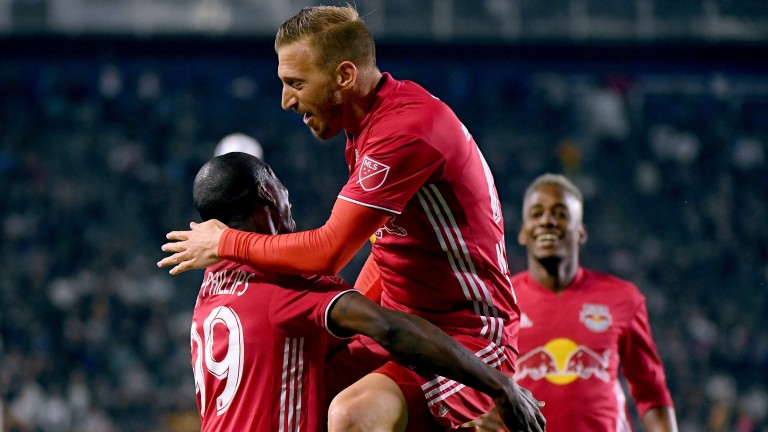 Daniel Royer and Bradley Wright-Phillips can inspire New York Red Bulls to a comfortable win
Harry How
1 of 1
By Liam Flin 8:00PM, MAR 22 2019

New York Red Bulls will have fond memories of their last meeting with Orlando City, having sealed the Supporters Shield with a 1-0 win over their Florida counterparts on Decision Day in October.

Since then they have lost the MLS Cup to Atlanta and crashed out of the Concacaf Champions League but their new domestic campaign has started strongly.

After taking a point off last year's Eastern Conference semi-finalists Columbus Crew they shattered San Jose Earthquakes 4-1 and remain at the head of the outright market as 6-1 favourites.

A Champions League exit at the hands of Santos Laguna will only motivate the Red Bulls to take Major League Soccer by the scruff of its neck and City could be on the receiving end of a battering.

Orlando retained the services of last term's top scorer Dom Dwyer and added former Man United winger Nani to their squad. They have notched in each of their three league matches in 2019.

But they managed just two MLS clean sheets in the whole of the 2018 regular season and the addition of inexperienced defenders Alex DeJohn, Kyle Smith and Brazilian Ruan will do little to bridge the gap between them and their opponents.

There were 43 points between Red Bulls and Orlando in last season's standings and the gulf in quality could be clear to see.