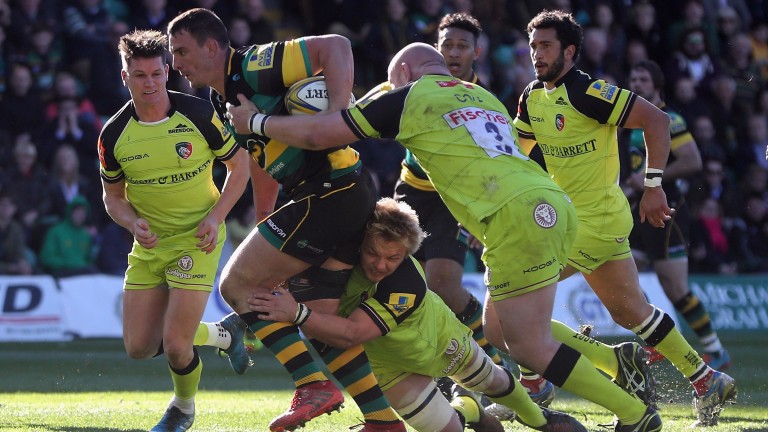 Clermont begin the defence of their Top 14 crown at Bordeaux on Saturday evening, but the team just behind them in the betting look to have the squad to claim the glory this season.

Montpellier, who finished third last season, have caught the eye with their summer spending spree and with a highly experienced coach in Vern Cotter to pull them together they could be the team to beat come the playoffs.

All Black fly-half Aaron Cruden and Ryan Pienaar form a Rolls Royce half-back partnership, and with number eight Louis Picamoles back on home soil after a spell at Northampton, that’s a truly frightening axis.

Montpellier are level in the betting with Toulon, who have been inconsistent and may miss the control of the retired Matt Giteau.

Racing 92, the only other team at single-figure odds, still have Dan Carter in their ranks and have added lightning winger Virimi Vakatawa plus powerhouse forwards Census Johnston and Patricio Albacete to their line-up.

Clermont, 5-2 favourites, have added Scotland scrum-half Greig Laidlaw to their squad but he is used to being the linchpin of the team and setting the tempo, and he is moving to a club packed with star names.

It’s rare for England to be favourites against New Zealand but that’s the case in the Women’s World Cup final as holders England give up three points to the Kiwis.

New Zealand were the higher-ranked team after the pool stage, scoring 213 points and conceding just 17 in three matches, and they swept aside the USA 45-12 in the semi-finals.

But England captain Sarah Hunter hailed the defensive effort that helped see off France 20-3 in their semi and says her team have the belief to triumph at Belfast’s Kingspan Stadium.