New starter McKenzie ready to repay faith for All Blacks 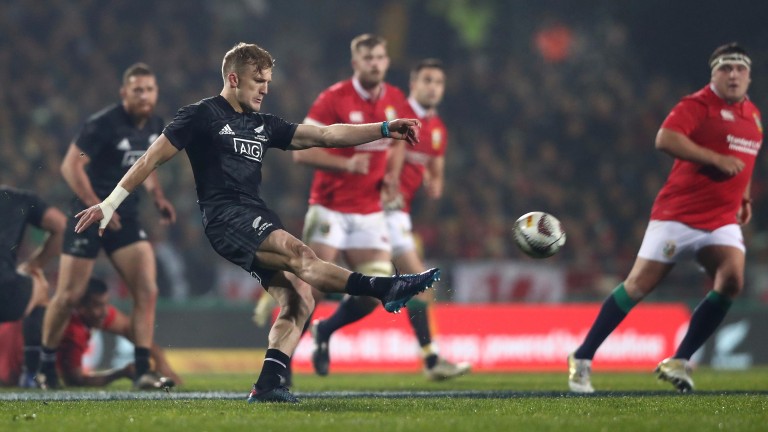 Damian McKenzie in action for the Maori All Blacks against the British & Irish Lions
David Rogers
1 of 1
By Graham Woods 8:07PM, AUG 18 2017

Every year the gulf between New Zealand and their Rugby Championship rivals seems to widen, and after last year's clean sweep, in which the All Blacks recorded six bonus-point wins out of six for a maximum haul, it's no surprise to see them long odds-on to retain their southern-hemisphere crown.

The Wallabies stunned them in a truncated tournament two years ago, but Australian rugby is in a bad place right now after such a poor Super Rugby showing, and even with a few stars returning from overseas, it is hard to see them turning things around.

Form, team strength, the availability of Sonny Bill Williams, Super Rugby success, the focus in the squad after such an intense Lions series - everything seems to be in the All Blacks' favour and handicaps in the high teens do not seem at all fanciful.

Just as in the Lions series, New Zealand coach Steve Hansen has not been afraid to blood youngsters in his selection, and with Jordie Barrett injured and Ben Smith moved to the wing, Damian McKenzie, with two replacement appearances to his name, starts at number 15.

The speedy Chiefs youngster topped the Super Rugby charts for carries, metres made and defenders beaten, and after Hansen's surprise call-ups in the Lions series Rieko Ioane, Jordie Barrett and Ngani Laumape all rewarded him with tries, take the 6-4 that McKenzie crosses in what should be a comfortable victory.

Losing in Argentina in last year's Rugby Championship wasn't the worst thing to happen to the current crop of Springboks - they were famously beaten by Japan at the last Rugby World Cup, suffered a record home defeat to New Zealand last summer and went down in Italy in the autumn.

But from that pit of despair the Boks look as if they have turned a corner in 2017. A comfortable series win against France plus the success of the Lions in reaching the Super Rugby final - five of the starting 15 for this tournament opener come from the Johannesburg franchise - have given home fans a lift, and a home clash with the Pumas is a nice way to start their campaign.

While the Lions and also the Stormers enjoyed decent Super Rugby runs, Los Jaguares were disappointing, and their prime asset, the power of their scrum, is often less potent against South Africa who also pack more of a punch up front.

There have been some high-scoring encounters between these teams, and the Pumas have topped 100 points in three Tests this year.

But away from home they have not scored so freely and the Boks showed extra fortitude in defence in their series against Les Bleus, shipping 14, 15 and 12 points in their three victories, and the visitors may find it equally hard to force their way through.