Art and guile would be welcomed by Bees’ fans 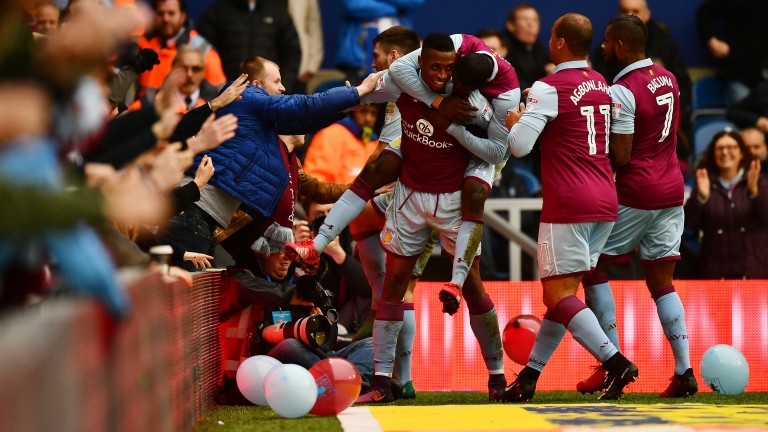 With the return of top scorer Jonathan Kodjia, a new-look midfield and nicely rested after a week off, Aston Villa can put a run of indifferent results behind them and triumph at Griffin Park.

It’s no wins in five for Villa, a disappointing run which had looked unlikely during the early days of Steve Bruce’s reign, when the recent Premier League discards had looked pretty much unbeatable.

They still draw too many games – 12 stalemates is the most in the Championship – and it’s becoming a hard habit to break. Last time out they were 2-0 up at home to Preston and still found a way to turn that into a draw.

That’s clearly an issue for Villa to address and their problem seems to be they don’t score enough goals.

That’s especially evident on their travels where they have bagged just seven in 14 matches.

So Bruce has been busy in the transfer window and the results look, on paper at least, highly promising.

Henri Lansbury was the first creative midfielder to arrive and he’s been followed to Villa Park by Icelandic Euro star Birkir Bjarnason and Conor Hourihane from Barnsley.

Hourihane, in the same division, has had more goals and assists than the entire Villa midfield combined, so his arrival in particular should be music to the ears of Kodjia, who is crying out for some art and guile behind him.

Art and guile would be welcomed by Bees’ fans, too.

Given a free shot at an FA Cup upset at Chelsea on Sunday, Brentford went into their shell and meekly slipped to a 4-0 loss.

Talk over the future of top scorer Scott Hogan appears to be doing neither him nor the club any good as they’ve won just four times in the league in four months. The effort is there but like Villa they lack a spark in midfield – nine months have passed since Alan Judge broke his leg and the west London club have yet to replace him with anyone comparable.

Brentford will pack the midfield but a new-look Villa could well possess the key to unlock the home side.

Team news
Brentford
Alan Judge and Lewis Macleod are out for the season. Winger Florian Jozefzoom, signed from PSV, is hoping for a debut.

Aston Villa
Jordan Ayew is still in Gabon though Jonathan Kodjia has returned. Mile Jedinak is out.