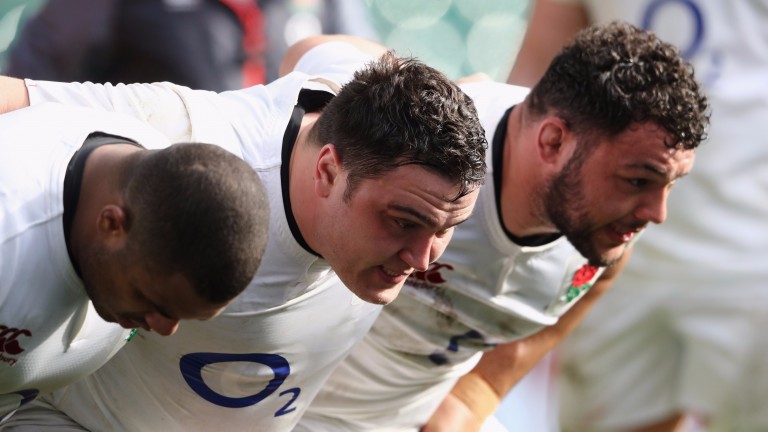 England coach Eddie Jones, unlike his Wales and Ireland counterparts, hasn't gone the whole hog and overhauled his entire team for an autumn runout against tier-two opposition.

But there are significant changes to the Red Rose line-up against Samoa and the names on the teamsheet at Twickenham suggest we could be in for some ambitious running rugby from the hosts.

The biggest omission in the backline is the omission of playmaker Owen Farrell. He was also left out of the opening match against Argentina but in that game Saracens teammate Alex Lozowski came off the bench and added a lot of direction and impetus to a faltering attack.

Up front captain Dylan Hartley is dropped to the bench but the impression of the team that starts is one of a set of players who are all comfortable with ball in hand and that begins in the front row where Ellis Genge and Hartley's replacement Jamie George will look to catch the eye.

Prop Genge has made some barnstorming runs for Leicester while George has a decent tryscoring record for Sarries with 24 in 167 matches. England look too strong all over the park and the attacking threats could come from right across the pitch so  the front row pair are in with a decent chance.

It's not hard to see England stacking up a decent score in good conditions compared to last week's Twickenham downpour. The key to covering a handicap in the mid-30s will be what Samoa produce - and what England allow them to produce.

The Pacific islanders thrilled spectators in their 44-38 defeat to Scotland a fortnight ago but fell to a disappointing 17-13 defeat in Romania last week. Given the chance they can dazzle but they can be easily discouraged against the kind of constant physical onslaught that England are likely to offer.