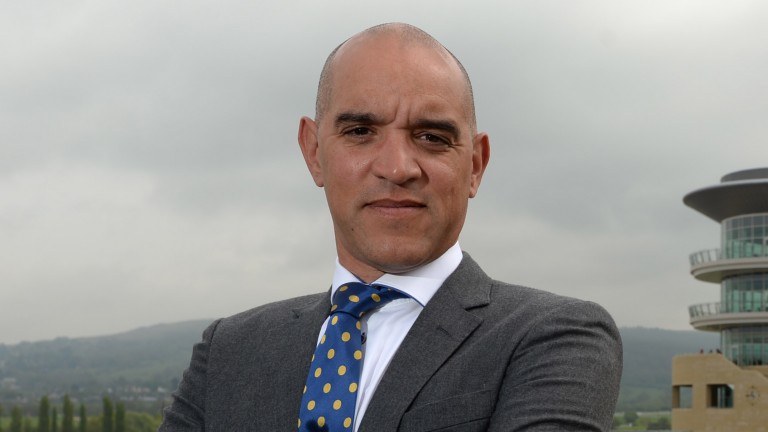 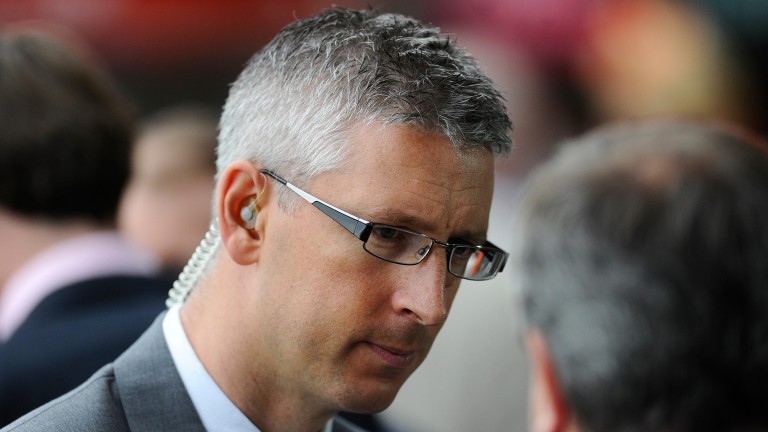 In less than five weeks’ time those of us who watch a lot of racing on TV will find our viewing experience extremely different, and we are about to find out just how different.

On Saturday Racing UK will stage two functions, one at Newbury and one at Fairyhouse, in which details of how they will cover racing from 2019 will be revealed, while four days later there will be a similar event to announce Sky Sports Racing’s plans for the repackaging of At The Races.

There will be plenty of people for whom this will not matter a huge amount. They will continue to press the same numbers as they currently do when they want to watch a race and will focus on the race without caring about the content before or after it has been run.

But those of us who watch ATR and RUK because we are avid consumers of the entire package rather than the bit between the start and the finish of the races will be keen to discover what the two racing channels look like from January 1, 2019. It is likely they will be significantly different.

For a start both will undergo a name change. At The Races, as we already know, will become Sky Sports Racing, bringing it into the same stable as Sky Sports Football, Sky Sports Golf, etc. It will also be in high definition, which is excellent news. As well as improving the picture quality, this may have ramifications as regards a reduced lag time for in-running punters.

Racing UK, having acquired the rights to show all Irish racing, needs a different title and it is believed that Racing TV is favourite.

Then there is the issue of who is showing what. As well as the Irish action, secured by RUK’s owners the Racecourse Media Group in an amazing coup in February, what is currently RUK will also show Chelmsford. French racing rights have gone to Sky, who plan to use it to fill out its schedules.

Swapping to Sky from RUK will be Chester, Bangor and, of most significance, Ascot, which flips in March. Among the things we are likely to learn in the course of the next week is what are Sky's plans to give Ascot the depth and quality of coverage it is sure to have demanded in order to make the switch.

Who, for instance, will front the transmissions from the Royal meeting given that many of At The Races’s top talent, including Matt Chapman, Mick Fitzgerald, Jason Weaver and Luke Harvey, are likely to be working for ITV Racing that week?

We will also find out what plans RUK in its new guise has to deal with huge amounts of content on certain days, not least its very first day, when it has to cram in afternoon meetings at Cheltenham, Catterick, Exeter, Musselburgh, Fairyhouse and Tramore.

And we will discover who will be each channel’s presenters and pundits, and here it is likely some surprise names will emerge.

If I was publishing every rumour I have heard in recent months the name of virtually every racing broadcaster still operating – and a couple of who have packed up ages ago – would appear, many apparently working for both sides.

There is a strong word that Sky are looking for a star signing, there have been whispers about John Francome being coaxed out of retirement (which would be wonderful), and among the potential new names to one roster or the other is former amateur jockey and Rewards For Racing founder Josh Apiafi. 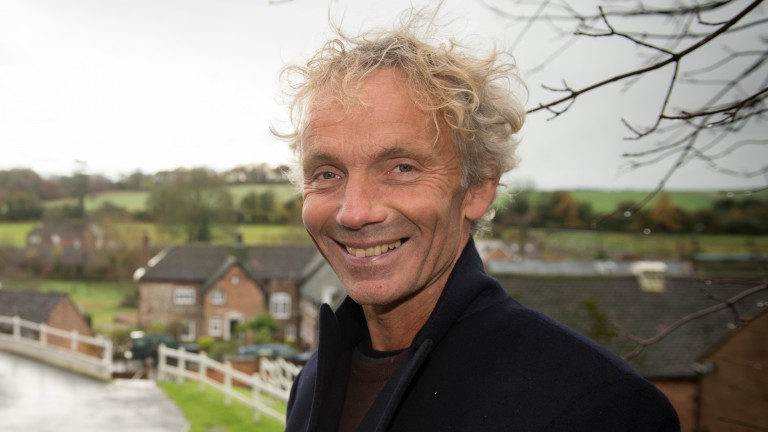 John Francome: there are rumours about the former Channel 4 pundit being coaxed out of retirement
Edward Whitaker (racingpost.com/photos)

If you were looking for a banker on the presenter front the excellent Gary O’Brien’s appointment as the face of Irish racing on what may well be called Racing TV is almost unbackably odds-on.

It is also possible there will be a distinct change of broadcasting styles, with Sky apparently committed to sending a reporter to every meeting it covers, while Racing UK’s successor is set to adopt a more studio-based approach which may involve more regular appearances by its higher-profile talent and a streamlining of the number of presenters and experts it calls upon.

So all in all it looks like being a significantly different landscape for viewers come the new year. And don’t rule out even more seismic changes at the start of 2020, because if Sky Sports Racing is the success the station hopes it will be it is not beyond the realms of possibility that it will end up showing everything in Britain and Ireland.

One personal wish for each channel: I hope Sky Sports Racing continues to have a maverick streak and retains its humour rather than neutralises the impulsive best of what the likes of Chapman have to offer.

Conversely, I would love to see more smiles on the new version of Racing UK. The likes of Lydia Hislop know how to inject fun as well as insight into broadcasts but there are currently too many dour talking formbooks who need to lighten up.

Allardyce could be the man to revive flagging United

It would be an insult to a man with such a fine overall managerial record to suggest, even tongue in cheek, that Jose Mourinho is trying to get a payoff from Manchester United, but if he was he would probably be wondering what more he had to do to trigger it.

His time in charge at Old Trafford has never been remotely as successful as his stints at Chelsea, Inter and Real Madrid, but this season has been as mediocre as anything United fans have experienced since Sir Alex Ferguson quit in 2013.

Not only does the Premier League title seem as remote a possibility as ever and the style of football as dull as it generally is when Mourinho is in the dugout, but there is a tangible lack of either hunger, confidence or both, and it is amazing that he is apparently under so little pressure.

He can currently be backed at 8-1 to be the next manager to leave, which does not suggest anyone within earshot of those who would make the decision has heard anything to get them scurrying to the local betting shop to lump on.

And all the while the tepid performances on the pitch are preceded and followed by the familiar soundtrack of a moaning manager blaming everything he can think of but himself for the pathetic failure to give neighbours City anything resembling a stressful moment.

They are a patient bunch at United, that’s for sure. On Saturday while the players were exhibiting neither effort nor guile in any significant abundance in a goalless draw against Palace, a packed Old Trafford was eerily quiet apart from a lusty segment known as the singing section.

It was peculiar how accepting everyone appeared to be that the new reality is United are barely playing well enough to retain the right to call themselves a top-six side.

The players’ inertia was matched by those in the stands, and each underperforming substituted man in red left the field to a smattering of applause rather than the torrent of boos they deserved.

Nor was there any great antipathy towards Mourinho, even though his tactics and his public scorn of his players appears to be combining to drain them of the kind of verve that was always a given in Fergie’s United teams.

The totem of this sorry state of affairs is Paul Pogba, whose status as a world-class footballer is looking increasingly risible with each passing week.

He had a horrible game, failing to stamp his authority on proceedings, giving the ball away in dangerous areas and generally playing well within himself before being hooked with a quarter of the game to go.

The following day he, or more likely his PR advisors, put out a tweet saying “Never give up” – a comical statement given how tamely he had performed.

The whole thing is weird. United were no bigger than 8-1 third favourites for the title at the start of the season and expected to give it a real go after bolstering their resources with Fred, who cost £52m but can barely get a game after enduring a miserable start to his career at Old Trafford.

Now they are in seventh place, a gaping 14 points off top spot, with a striker in Romelu Lukaku who has lost his bearings, a collection of individuals who look leaderless and often clueless, a chronically unsettled 11 and with a Champions League place next season looking increasingly unlikely.

They have limped into the round of 16 this time, thanks to another insipid display on Tuesday. But whereas 20 years ago, on their march to Camp Nou, they were the team to fear, now they will be the club everyone wants to draw in the first knockout stage.

Mourinho may yet turn things around. After all, the current performance levels are not reflective of what his teams have tended to achieve this century. But it is possible his motivational powers have left him and his tactical preferences are no longer effective at the top level.

When you suggest his time is up the question that comes back is always who would replace him. But it has reached the point where the best available would surely represent an upgrade, and United chiefs could do far worse than give Sam Allardyce the job.

Crisis management and cultural transition are his specialities and that makes him well positioned to start the revival of this great club. He deserves the chance to manage a massive team and while plenty may scoff at the suggestion it is hard to believe he could do a worse job than the mess Mourinho is currently making of it.

FIRST PUBLISHED 8:00PM, NOV 28 2018
It looks like being a significantly different landscape for viewers come the new year

Why another shutdown of racing would be a welfare disaster for thousands Frost to become more icy? Moore to talk more? What do we want from jockeys? Spot the ricks in the market by learning how the professionals price up Numbers crisis at Dundalk shows there is no substitute for coherent planning Blue Christmas for Kieren Fallon as he starts new chapter with Charlie Appleby Percy Pig beating racing in battle to be heard as Brexit problems start to mount