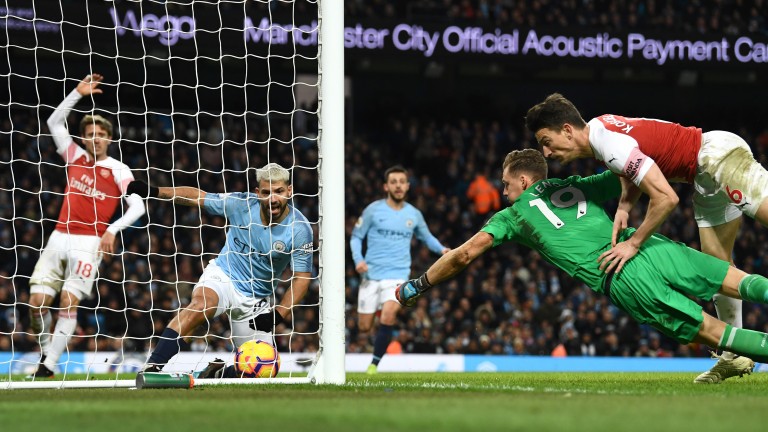 Sergio Aguero hat-trick goal against Arsenal would not have counted under next season's guidelines
Stu Forster
1 of 1
UPDATED 1:32PM, MAR 7 2019

With no apology to those who solemnly believe it is an offence to refer to the laws of football as rules, some significant rule changes have been agreed for introduction from next season.

All have doubtless been made with the best intentions, and particular focus has been given to speeding up the game and minimising cheating, but not all of them sound as if they will bring significant benefits and indeed there are one or two of questionable merit.
Here they are along with what they might mean in reality…

Goals scored or created as the result of an accidental handball
will not count
This will delight those particularly daft pundits who think all handballs should be penalised, regardless of intent, but the partial relaxing of the necessity for a handball to have been deliberate opens up grey areas.

Is it just if a ball accidentally hits a striker’s arm and falls to a colleague, who slots it home? Or could a team score a goal from a breakaway that originated from them gaining possession from an accidental handball inside their own box? There is no logical point at which it is possible to differentiate between those two scenarios.

So few goals are scored directly from a genuinely unwitting handball that this seems an odd area of the rule book to focus on, particularly at a time when the main problem in the game right now, diving, appears to have gone unaddressed in this raft of amendments.

What does make sense is the clarification that a handball will be awarded if a player’s arm or hand connects with the ball when they are not making what is called a natural silhouette. This should eliminate the weird and already unnecessary act by defenders of trying to repel attacks with their hands behind their back.

Attackers will not be allowed within a yard of a defensive wall
The intention is fine – to speed up the game by preventing refs having to mess around sorting out barging matches between opponents who are either in the wall or trying to disrupt it – but this is not the way to do it.

The whole free-kick process is, as has been written in this column numerous times, absurdly drawn out. The best rule change would be to allow the fouled team the freedom to take the kick as quickly as they like regardless of whether the opposition has managed to assemble a wall.

It is already bizarre and unjust that a team who have committed an offence is given all the time it needs to line up a wall with the precision of a chartered surveyor, and now they will be afforded the additional luxury of knowing the wall cannot be interfered with by players from the other side.

Allowing kicks to be taken quickly would also save us the chore of waiting 30 seconds while the ref ensures everyone in the entire ground has seen him point at his whistle to indicate he will not be restarting play until he says so. This is a missed opportunity.

Goal kicks and free kicks inside a team’s own area no longer need to leave the box before a teammate can touch it
This sounds like a basic piece of good sense, but in this era of the press it becomes actually quite interesting.

We often see keepers given the option of short kicks to the left and right of the edge of the box as well as the traditional hoof downfield, and it will be interesting to see how eager teams are to press now that defenders will be able to go short to receive the ball.

Substituted players must leave the field at the nearest point
This is another time-saving measure that sounds fine in principle as it should spare us the sight of a player trudging from the furthest extremity of the pitch to the dugout as his side, either in front or in possession of a valuable point, bid to eat up the clock.

But it is the speed at which they leave the pitch as much as which particular part of the touchline they cross that determines how much time is saved, so perhaps something about a brisk pace should have been added to the guidelines.

The abuse subbed players will have to endure if they have to do half a circuit of the pitch to get to the sanctuary of the bench will not be pleasant at times.

Goalies only need to have one foot on the line when a penalty is struck
Hmm. Not sure about this one, especially when one of the fundamental laws concerning pens, namely that everyone bar the kicker and the keeper should be outside the box when the kick is taken, is currently policed so shoddily.

From next season the goalie will be able to stand with one foot on the line and the other positioned as far towards the ball as he can stretch.

I’d have thought he will then be able to shift his weight from his back foot to his front, thus narrowing the angle and making it harder for the taker to knock it past him.

Of course, we will have the wonders of VAR up and running by then so maybe yet another irritating stoppage will be created as the official painstakingly checks to see if the keeper’s back foot left the line as or just before the ball was struck. I can’t wait. 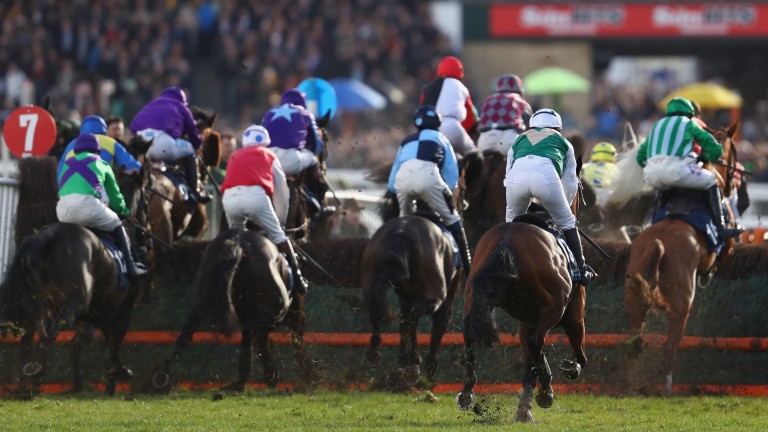 Anything a punter sees on a racecourse will also have been seen by a bookmaker, we don’t know what the ground conditions will be like, whether our selection will be fit or in form come the day, or whether the opposition will be strong or weak, and there’s every chance the trainer will run the horse we have backed in the race we don’t want him to compete in.

Apart from that, ante-post betting on the Cheltenham Festival is tremendous fun.

Except for many people the fun has stopped and so they have either given up trying to find winners from a long way out or become far more selective in their activity.

I’m doing a piece on Cheltenham ante-post betting in this week’s column. If you have any thoughts please reply. In the last year or two what has your activity been like?

The main reasons why enthusiasm for trying to back a 3-1 winner at 33-1 the previous autumn has waned appear to be that multiple options mean you can back a horse at 20-1 for the Supreme and it romps home in the Ballymore at 6-4, and that the vastly more competitive state of the markets on the day of the races, both in terms of prices and extra places, means there is little incentive to jump in early.

And then there is the perennial problem of horses being sidelined just when you think you have cracked it having backed a hot favourite at a massive price ages ago.

The recent non-runner-no-bet option is meant to alleviate that heartache but all that tends to happen when bookmakers proudly announce they have applied the concession to a race is they price each runner-up as if they have safely got to post, thus negating the very essence of the ante-post challenge.

I strongly believe ante-post is the best way to back football teams because the longer the lifespan of the bet the less chance you have of being thwarted by the kind of agonising bad luck that can strike during just 90 minutes of action.

But when it comes to racing it is hard to see where the edge lies if, like the vast majority of people, you don’t have access to knowledge about which horses are burning up the gallops or schooling like Arkle before we have had the chance to assess them on a racecourse.

My first bet on the 2019 festival took place two days after the 2018 one ended. It was on Summerville Boy to win the Champion Hurdle. The price stayed largely static until the first of two wide-margin defeats in December that put paid to that investment.

Since then I have backed so many horses who are now on the injured list I’m surprised I haven’t had animal rights activists protesting outside my front door.

All my hopes now rest with Ok Corral in the four-miler for which I backed him at 10-1 and he is now 5-2.

There is still ample time for him to tread on a stone, return a dirty scope, be rerouted to the RSA or just not run very well, but it is amazing that even one half-decent sniff at ante-post glory is usually enough to keep people giving it another whirl the following year.

Because there is nothing like the feeling of not just backing a winner but getting a much bigger price than was available on the day.