New England's past experiences could be the telling factor 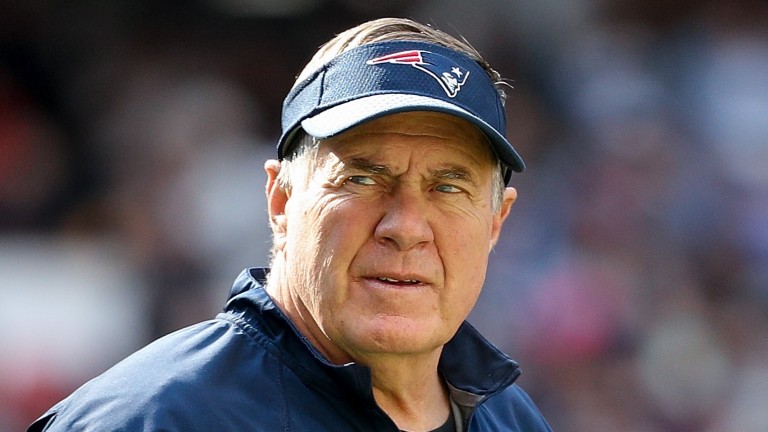 We asked the bookmakers' NFL experts to give their verdicts on who will win the Super Bowl, which result would be the worst for their company and what their best bets are for the big game

An Eagles victory would be better on the ante-post book but I suspect we’d like a low-scoring narrow Patriots victory by the time the game starts. I think the Patriots will win again and unders in the total penalties market is my best bet.

I think New England will win. They have too much experience and talent on and off the field and while Nick Foles has done a great job for Philadelphia this could be a step too far. We would like to see the Patriots win as the Eagles were popular in the middle of the season, and the best bet is for New England to cover the handicap.

The reincarnation of Nick Foles makes this an interesting. However, we expect that provided the Patriots are in touching distance entering the fourth quarter, we will see some more Brady magic. The Patriots by less than five points would be our best result after a flurry of early money on the Eagles and our best bet is that the Patriots win the second half.

We picked Philadelphia back in August, so they are the better result, and we still think they can win, probably in a close game. Foles clicked with Zach Ertz against Minnesota in the NFC Championship game and the pair could have more success against the Patriots linebackers, so our best bet is for Ertz to have more than 59.5 receiving yards.

Philadelphia’s defence should be able to apply enough pressure to keep it close, but the experience of Brady and Bill Belichick should get New England over the line, with a winning margin of one to six points the best bet.

All the early money has been on the Eagles, although punters have been backing New England for the Super Bowl all year, so I expect to see heavy interest in them as the game approaches. The Eagles have run the ball between the tackles better than anyone, and I expect to see an effective ground game, and aggressive defence to keep it competitive. However, I can't see Foles making enough plays on third down. When the pressure increases he'll likely turn the ball over, and the Pats should cover the handicap.

We laid the Eagles at big prices before the season and aggressively when Carson Wentz was injured, so we are hoping for a Patriots win. The market has potentially overadjusted to Philadelphia’s blowout win over a flat Minnesota and two weeks for Belichick and Brady to prepare for a limited back-up quarterback seems a big advantage so under 21.5 Eagles points could be worth a bet.

The early money this week has been following the Eagles and I'm inclined to agree with those punters. They have recovered well from losing their MVP-calibre quarterback and look a good price against the Pats. An Eagles win would also be a strong result for the season book as backers have been behind New England all year to win it all.

I think the Pats will win and cover the handicap. Foles’ play comes with far too much variance and people are quick to forget he didn’t have a completion caught ten yards downfield against Atlanta. This is also probably the first matchup in quite some time where the Eagles don’t hold a considerable coaching advantage. The dream result would be for Brady to win MVP and the Pats to win in single digits. The best bet is under 24 first-half points.

I think that it’s going to be really difficult for Philadelphia to overcome their Super Bowl inexperience. The best result for us will be a Philadelphia win. I’ve been happy to lay New England Patriots all season and thanks to Carson Wentz we tried to keep Philadelphia on our side for the majority of the season too. As long New England don’t streak into an early advantage and force Nick Foles to throw the ball, I think that betting LeGarrette Blount in the touchdown markets and to be MVP could prove fruitful. He gets the short yardage and goalline work, which could provide important scores and keep the chains moving.

Philadelphia should win. Defence wins championships and the Eagles D are stepping up to the plate in the post-season. On the offensive side coach Doug Pederson deserves huge plaudits for finding a system with run-pass option plays that reserve QB Nick Foles' style is well suited to. New England are the worse result of the two teams left in our ante-post outright book and we have already laid action at 1-2 on the moneyline, so it looks like we'll be against the Patriots. However, I think the best value lies in a Philadelphia outright victory.