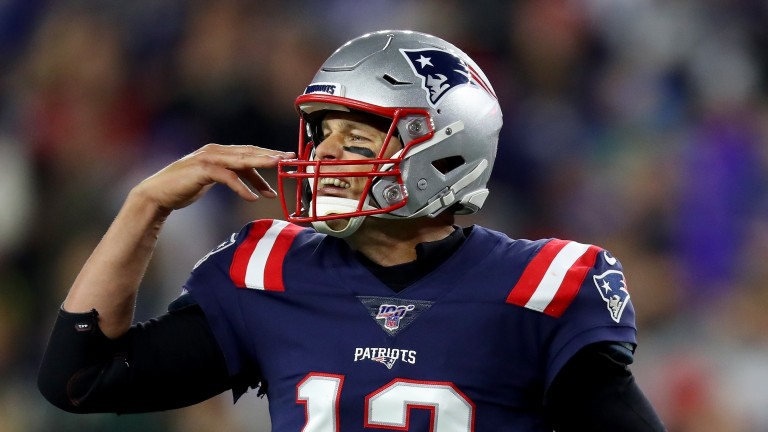 Back this tip with Coral
Prices subject to fluctuation

There have been few occasions when New England have been pushed all the way in the AFC East in recent years and the Patriots look to be cruising to another divisional success.

The Super Bowl champions have cruised through their first six matches and even when quarterback Tom Brady was unable to throw a touchdown pass against the New York Giants last week, they still cruised to a 35-14 victory.

Brady did score twice on the ground and while he will surely improve in the big Monday Night Football clash with arch-rivals the New York Jets, he might not have to be that productive.

Coach Gase speaks to the media before Friday's practice of Patriots week. https://t.co/eHzZjPs4Ul

The Patriots are conceding an average of just eight points per game and eased to a 30-14 victory over their Week Seven opponents a month ago.

Coach Bill Belichick has to cope with some offensive injuries and that, accompanied by the Jets claiming their first win of the season against Dallas last week, goes a long way to explaining why the handicap is half the size as it was in Week Three.

The Jets will be optimistic after quarterback Sam Darnold made a fine return in the 24-22 success over the Cowboys, but he may not get much joy from a frugal Pats defence.

Receiver Robby Anderson claimed 125 receiving yards and a touchdown against Dallas, but it is questionable how much of a threat he can be against a team who have conceded just one touchdown from a wideout all season.

They also converted just two of their ten third-down opportunities which has to be a concern.

Brady should be able to maintain control, especially as he has had three days of extra rest with last week's clash taking place on Thursday.

And while the points line of 44 looks modest, the Patriots may not need to score a lot as the Jets are unlikely to add much to the total.

New England have won their last seven matches against the Jets with an average winning margin of more than 19 points.