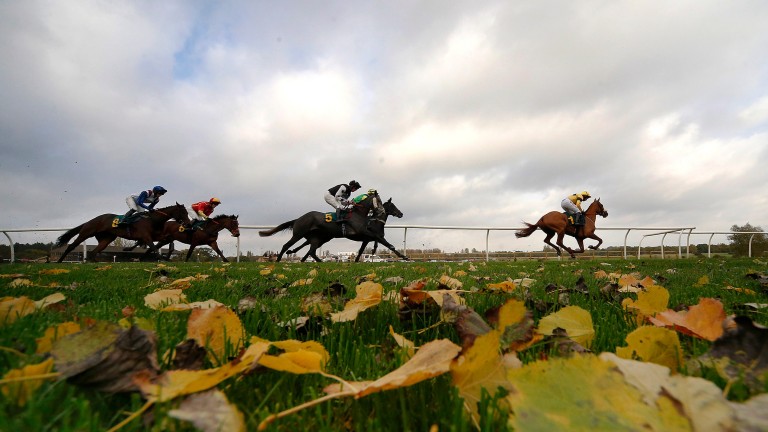 Back in the 1990s, when he was a prolific scorer for the likes of Stockport and Birmingham, it was borderline illegal to refer to Kevin Francis as anything other than six foot seven inch Kevin Francis.

To be fair, while I couldn’t go so far as to say I was stunned by seeing tracks that had previously been given standard definition treatment suddenly looking all lovely and sharp, it was extremely pleasant to wallow in the realisation that, as of two days ago, racing is now officially an HD product.

We have seen the benefits of sharper pictures on Racing UK for a while now, but that channel’s acquisition of the Irish rights and the launch of Sky Sports Racing mean every race in Britain and Ireland has the kind of picture quality we are used to in most other areas of television.

Southwell, Fakenham, Fairyhouse and Tramore all scrubbed up a treat in front of the new cameras and it was reassuring to know we will no longer have to squint to try to identify colours and can generally get a much nicer view of all races.

Beyond that, the first day of life with Racing TV and Sky Sports Racing offered other clues that those racing fans who can afford to access both channels will find their viewing experience more pleasurable.

It was hard to judge Racing TV because they had to cope with more meetings than they would have liked so it was basically a constant battle to cram in all the action with as few split screens as possible.

We will get a better idea of how they plan to operate, particularly with regard to Ireland, in the coming days.

SSR, meanwhile, had meagre fare for day one in the shape of Southwell and Fakenham, but they worked hard to make a feast out of a sandwich and a scotch egg with a live presentation from Fakenham that enabled those of us who have yet to tick off the Norfolk track to get a much clearer idea of what it is like.

We were also introduced to teal, which is SSR’s theme colour, a rather nice kind of greeny-blue that wouldn’t necessarily look great on the lounge walls but is a clever choice to complement the images in the studio and from the course.

The graphics are slightly bewildering at first and the type is smaller than my waning eyesight can deal with but I daresay I will get used to them.

The big problem, of course, with the whole new world of specialist racing channels is that so many people who were used to getting the Irish meetings as part of their basic Sky package must now shell out for Racing TV if they want to continue watching them.

Not everyone will have the desire or the funds to do so, which risks a reduction in viewers, potentially harming general interest and betting turnover, both of which could have long-term ramifications for the sport in Ireland.

But it remains perfectly possible that if Sky Sports Racing is a success the courses whose races are currently shown on Racing TV will fold into Sky.

For now, though, everything is nice and sharp, and teal is a great colour.

Sport is mostly covered brilliantly by British broadcasters, and long may that continue in 2019 and beyond, but here are five pleas to commentators, presenters and pundits that would make things even more enjoyable for viewers.

1 Racing commentators should avoid at all costs saying a jockey has given their mount a kick in the belly. This appalling expression was used again during a race on Tuesday and it jars horribly. The act of cajoling a horse to go quicker with use of the heel is not a kick in the belly as such, but it sounds terrible when described in that way and needlessly gives the impression racing is a cruel spot, which it is not.

2 The word ‘Spursy’ is catching on in an extremely annoying way. It is used on those rare occasions when Tottenham fail to win a game or relinquish a lead, and was out in force after Wolves had beaten them at Wembley at the weekend. The last time I looked Tottenham were above Man City in the table, comfortably on course for a place in next season’s Champions League, into the last 16 of this season’s competition and have a semi-final of the League Cup to look forward to. They also have a gleaming new stadium almost ready to move into, and are the best run, best managed team in England. No, they don’t win every game, but nobody does.

3 Commentate on the present, not the future. By this I mean if a team leads 2-0 with 25 minutes to go or even five, do not assume that’s how it will finish and start doing the post-match analysts’ job for them. Too many commentators can’t resist peering into the future and telling us how if player A wins this frame, leg or whatever he will lead by a particular score whereas it will be another score if he loses. We know that. Just tell us what is happening.

4 Pundits: never ever praise someone by saying you would pay to watch them. This is a massive insult to sports fans who pay to watch everything, the rubbish and the mundane as well as the spectacular. I know ex-professionals don’t mean any offence when they use this absurd expression but surely they should stop and think for a moment and realise paying to watch people is what the vast majority of people in the stadium have done.

5 We are still virtually guaranteed every time an old player does something good to be told they have used all their experience there. One veteran centre-back, so we were told the other day, is so experienced he knows where all the forward passes will be played so he just intercepts them every time. It’s nonsense, and suggests those players who have yet to reach 30 have played so little football they do not know, for example, how to win a foul. 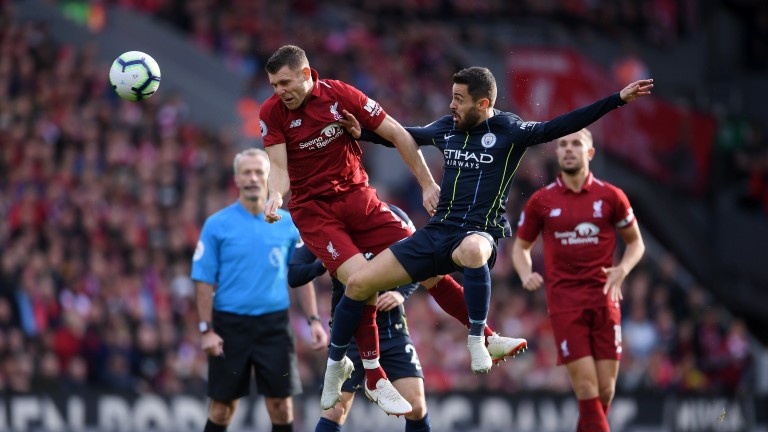 Sit back and savour Etihad spectacle

If you want a reminder of why betting on football can be such a tough, frustrating business, I give you Leicester’s last six matches.

The Foxes are, of course, the most unpredictable team in the history of football thanks to their title triumph which still seems like a bizarre dream at times, but their recent body of work has been impossible to have predicted.

They lost to Palace and Cardiff, drew with City in the League Cup and beat City, Chelsea and Everton in the league. It really has been the most illogical sequence imaginable and sums up how difficult it can be to forecast what will happen in 90 minutes of combat.

Thursday's enormous clash at the Etihad is as difficult a betting challenge as I can remember in ages. A case can be made for all three outcomes and it is equally hard to be bullish about how many goals we will see when you bear in mind they somehow conjured up a goalless draw at Anfield in October.

With Fernandinho back, City’s prospects of preventing the gap between them and Liverpool going from significant to an unbridgeable chasm have improved, but there is a nagging feeling that Jurgen Klopp knows the recipe to make life hard for City.

And recent head-to-heads, not always the most reliable guide, give encouragement to Liverpool fans, with their side having won eight of the last 13 meetings compared to just two victories for City.

Sadly I watch far too few matches without having a financial interest these days, but this could be one to simply sit and marvel at.