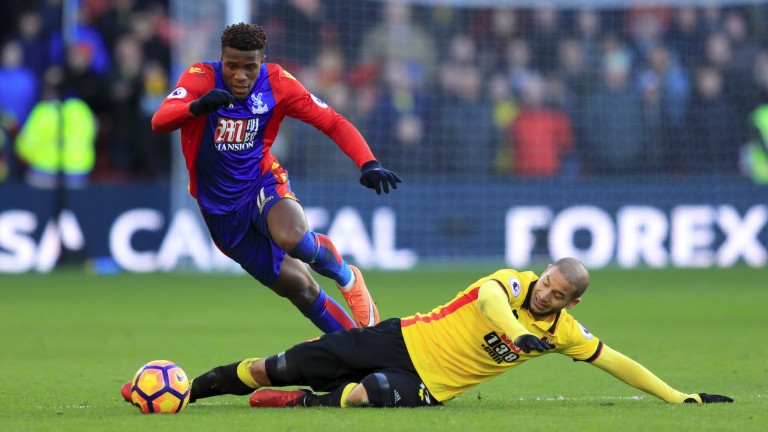 Crystal Palace were relegated the only other time they appointed a foreign manager, but Frank de Boer should have greater success than Attilio Lombardo's short 1998 reign.

Chairman Steve Parish took an age before deciding on the best man to replace Sam Allardyce, who quit after guiding Palace away from relegation trouble.

De Boer had previously won four Eredivisie titles with Ajax and his lack of a pre-season with Inter is a legitimate excuse after they replaced Roberto Mancini on the eve of the Serie A campaign.

However, a win over Juventus apart, he had a miserable time in Milan. The humbling experience may have been of benefit to Palace, however, because this time last year De Boer would have almost certainly considered himself too good for the Selhurst Park hotseat.

There may well be some short-term pain as the squad adapts to a new formation - De Boer has used three at the back in pre-season - and his passing philosophy is totally different to Big Sam's style.

Not that the underrated Allardyce should be knocked. Palace recorded memorable wins at Chelsea and Liverpool under him and finished 14th when relegation had loomed large under his predecessor Alan Pardew.

Allardyce got the best out of Christian Benteke as Palace won seven of their final 13 matches and the Belgian bagged in six of his last ten appearances to help keep the Eagles afloat.

Wilfried Zaha was asked to do his fair share of defensive duties in the previous regime but De Boer believes a three-man defence can release the dribbling demon, much like Eden Hazard at Chelsea.

Zaha should enjoy the freedom and keep Palace away from trouble, but playing out from the back will be a work in progress that means Palace could improve as the season goes on.

The arrival of centre-back Jairo Riedewald from Ajax will help - just as long as De Boer is given time to make Palace his home.