Nerves could kick in when Chicago host Minnesota 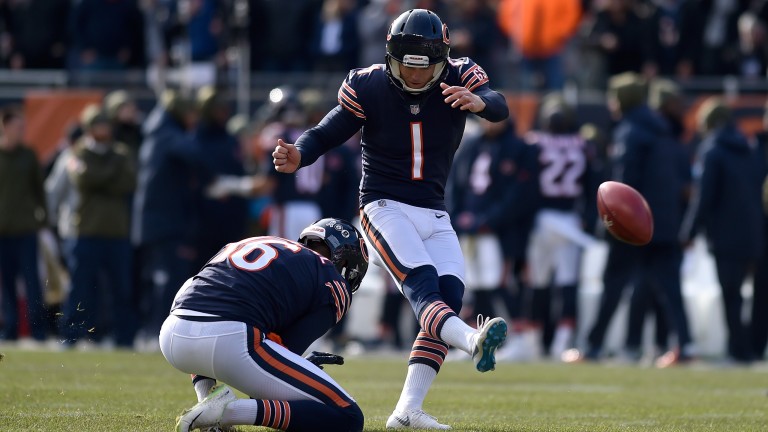 NFC North leaders Chicago host Minnesota at Soldier Field in a crunch clash that could have huge playoff implications in the division.

The Bears have a 6-3 record but the visitors are hot on their trail at 5-3-1, and the home fans are likely to be in full voice as head coach Matt Nagy looks to guide them to their first post-season appearance for eight years.

Both teams have shown they can contain the run and are behind only the Saints in terms of yards allowed on the ground per game, so a low-scoring encounter looks possible.

With the strength of both defences this looks like it could have plenty of field-goal attempts, and it may be worth backing at least one of them not to be successful.

Reports suggest the 26-year-old's confidence has been rocked as a result, and playing in temperatures projected to be close to zero in the Windy City may not be the best remedy.

Minnesota’s Dan Bailey has had his own kicking struggles with two misses in his last three games, making a failed field goal look more likely than usual.

Chicago
The Bears are in good shape with tight end Dion Sims (concussion) the only player ruled out.