Neil Robertson refinding his form and set for strong run 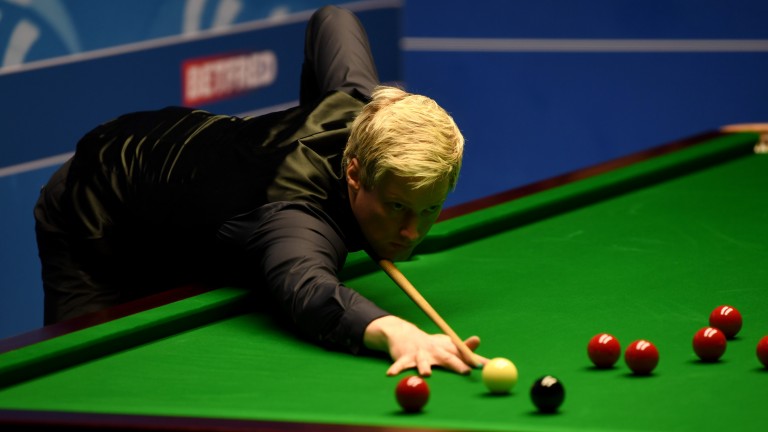 The top 16 players of the past year assemble this week in Wales for the big-money Ladbrokes Players Championship.

Neil Robertson missed out on a crack at the Masters earlier this year having just failed to accumulate enough ranking points, but he has already bounced back to a ranking of 14th.

Some well-documented issues off the table have dramatically affected the Australian's form over the last couple of seasons, but recent signs suggest he is beginning to find the game that has landed him 13 ranking event titles and a Masters crown.

The 2010 Crucible king should outgun Belgian Luca Brecel in the opening round and is fancied to see off the winner of the inconsistent duo of Judd Trump and Stephen Maguire to book his place in the semi-final.

Ronnie O'Sullivan is miles clear on the one-year money list and is the man to beat here, but the odds on offer are unappealing.

A runner with much more juice in his price is young Chinese sensation Yan Bingtao, who is a future star.

The exciting 18-year-old has had a promising season with runs to the final in the Northern Ireland Open and semi-final in the International Championship.

He has the game to compete with anyone and has already shown that this term with the notable scalps of Ronnie O'Sullivan and John Higgins already to his name.

Shaun Murphy withdrew from the Gibraltar Open earlier this month and faced a race against time to recover from a neck injury to participate in this tournament.

Murphy's first-round opponent Kyren Wilson has also enjoyed a decent season. Wilson tweeted on Sunday that he was struggling to get back from last week's tournament in Romania because of the snow, but assuming he does he rates as a value alternative to O'Sullivan.