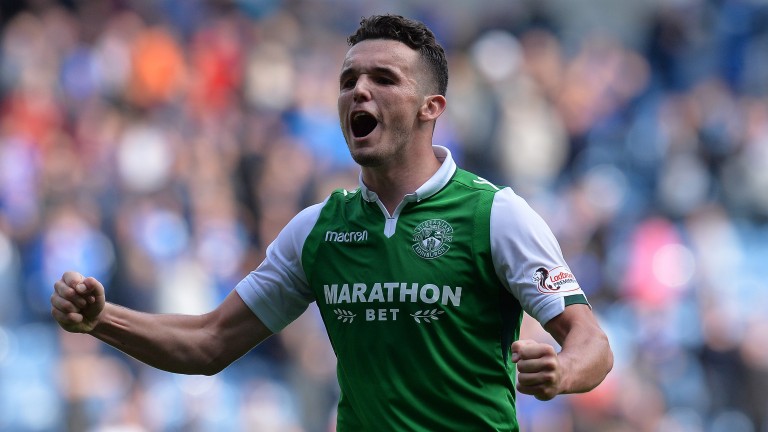 John McGinn is expected to feature as Hibs aim to seal qualification
Mark Runnacles
1 of 1
By Steve Davies 8:00PM, JUL 18 2018

Hibernian boss Neil Lennon is adamant he wants his side to win in Toftir despite holding a 6-1 advantage from the first leg of their Europa League first qualifying round tie against Runavik.

The Faroese minnows looked desperately poor at Easter Road and have little to gain from the second game, which has been shifted from their tiny home ground to a 6,000-capacity venue in Toftir.

Lennon, who has pencilled in Celtic-bound John McGinn for an appearance, said: “It’s important we try and win the tie, win the game, and progress. It would take a monumental self-destruction for us not to qualify.”

The Scottish side are 4-9 shots to go through with a victory and set up a far sterner test against Greek Super League outfit Asteras Tripolis.

Thursday's Europa League card is an absolute minefield, a whistle-stop tour around some of Europe’s farthest corners, and identifying bets is going to take some research.

One team who look to be worth investing in are Anorthosis, once of Famagusta but now based in Larnaca.

The Cypriots were excellent last season, losing just twice in the regular league campaign on their way to third place. That got them back into Europe where they kicked off their campaign with a 2-1 win against Laci from Albania.

That it was only 2-1 was down to bad luck and bad finishing. Anorthosis carved out all the openings in the first leg and should have won by a street.

They’ve definitely got more than enough class to win the return leg, given a squad which contains former Bayern Munich midfielder Danijel Pranjic, ex-Feyenoord frontman Sekou Cisse plus Croatia defender Gordon Schildenfeld and Slovakia striker Michal Duris, both of whom played at Euro 2016.

Laci have played 11 ties in the Europa League and are yet to win any of them.

FIRST PUBLISHED 8:00PM, JUL 18 2018
Anorthosis carved out all the openings in the first leg and should have won by a street