NCAAF: Miami at Florida betting preview, tip and when to watch 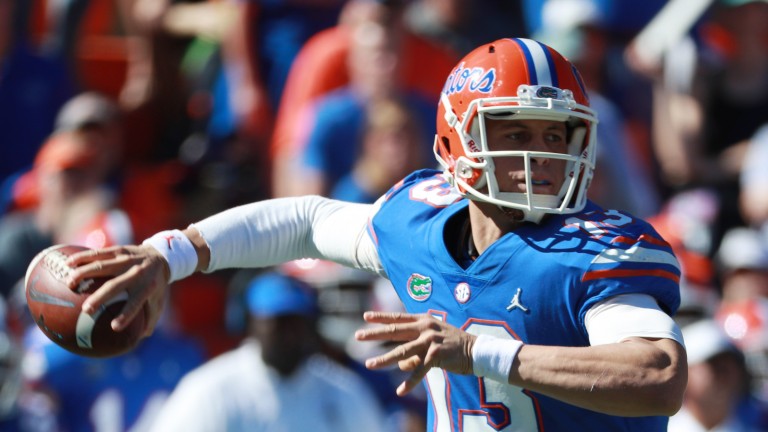 The Florida Gators and the Miami Hurricanes renew an old rivalry as they clash for the first time since 2013 to raise the curtain on the 150th college football season.

The Gators enter the game ranked eighth in the nation and as 7.5-point favourites, but with a new-look offensive line they may take a while to find top gear.

Florida ended with a 10-3 record last season, culminating in a 41-15 demolition of Michigan in the Peach Bowl.

Quarterback Feleipe Franks threw more touchdowns (24) than any Gator has since Tim Tebow in 2008, but Florida’s stellar offensive line played a huge role in his success and they have lost four starters from last year's line-up.

Miami boasted the fourth-best defence last year, allowing just 278.9 yards per game and will be no easy pipe-opener for a newly-formed offensive line as their strengths lie in the trenches.

Poor quarterback play and too many turnovers saw Miami struggle to a 7-6 record last year resulting in an off-season quarterback change.

Jarren Williams is set for the first start of his collegiate career, having beaten out Tate Martell, who starred in the popular Netflix series QB1: Beyond the Lights, to get the role.

The level of Miami’s success could be determined by how he handles the big occasion.

With both offences having plenty of questions to answer and up against two strong defensive units, scoring opportunities may be scarce in a hard-fought game.