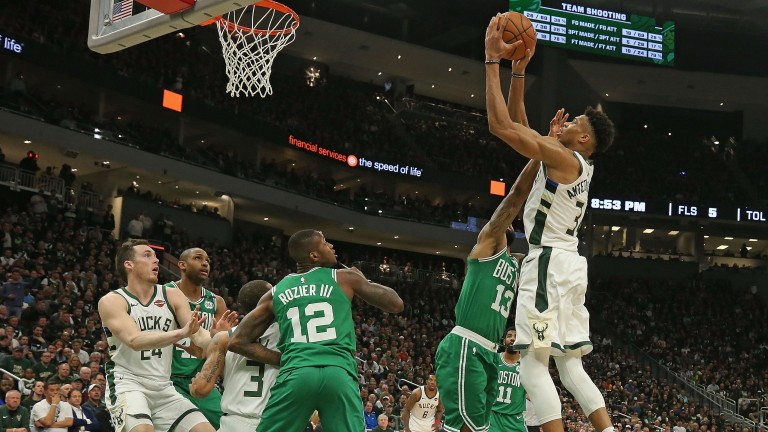 Giannis Antetokounmpo (right) could be rising high for the Milwaukee Bucks against the Toronto Raptors
Jonathan Daniel
1 of 1
By Steve Davies 8:00PM, MAY 14 2019

Kawhi Leonard beat the buzzer on Sunday night but don’t expect him to beat the Bucks when the Eastern Conference final gets going.

The second-seed Raptors head to the top-seed Bucks just three days after completing a thrilling all-the-way bust-up with Philadelphia which went to the final nanoseconds of a memorable series.

Their problem is that’s precious little time for a turnaround and Giannis Ante­­to­kounmpo’s Milwaukee are rested, refreshed and in irresistible form.

Take the Bucks to take the lead at their Fiserv Forum stronghold and take them to cover a six-point spread in the process.

Milwaukee are unlike either the Magic or Sixers, the two teams Toronto have fended off, and a 3-1 regular-season loss to the Bucks shows they’ve been second best to them before.

Leonard has the defensive excellence to at least halt the Greek Freak but if Anteto­kounmpo’s teammates come to the party and start spreading Toronto resources, he’ll be pretty much unstoppable.