Portland at Denver | Philadelphia at Toronto 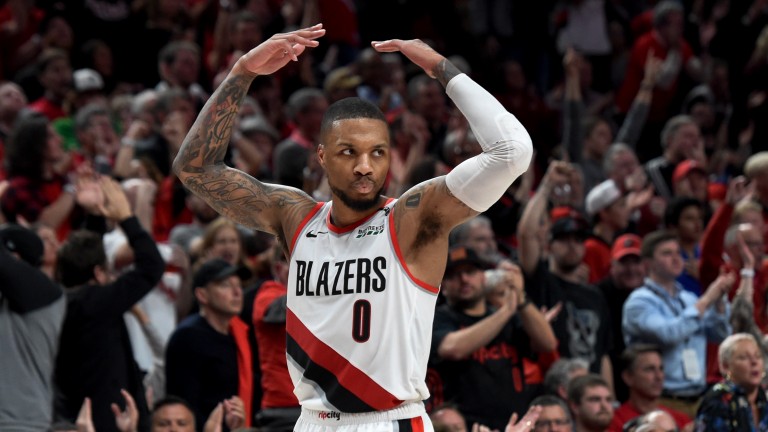 Damian Lillard fires up the Portland crowd during the Trail Blazers' game two win
Getty Images
1 of 1
By Phil Agius 8:00PM, MAY 11 2019

Two of the NBA's Conference semi-finals have gone the distance with the two Championship series line-ups to be decided on Sunday night.

Portland go to Denver for the right to play champions Golden State, who finished off Houston on Friday night, while Philadelphia travel to Toronto with the winners taking on a well-rested Milwaukee side.

Denver's home-court advantage could make the difference in their seventh clash with Portland.

The Trail Blazers won in Denver in Game Two with a low-scoring 97-90 victory, but lost by eight and 26 points on their other two trips.

Portland's Seth Curry will be keen to take on his brother Steph, who stars for Golden State, but Denver's 34-7 home record in the regular season has been followed by five wins there out of six in the playoffs.

It should be a feisty contest after a late brawl in Game Six, but no suspensions have been issued.

The Raptors and 76ers both split their home series early in their tie, then won their respective home games in the last two clashes.

Again, home advantage could tell and the Raptors were 32-9 north of the border in the regular season.