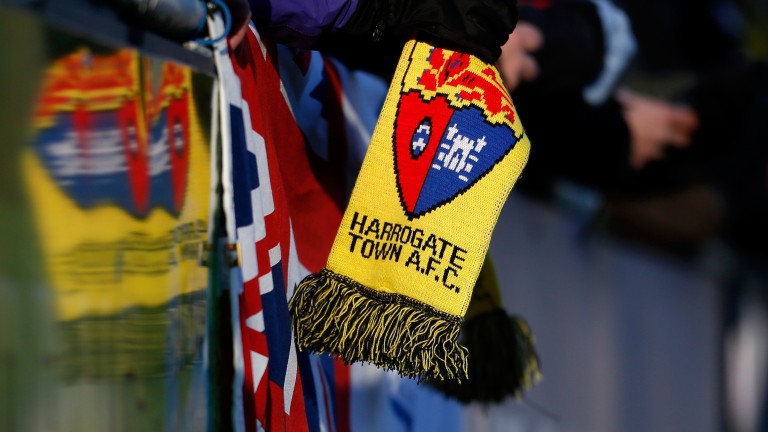 Barrow are top of the pile and have been in outstanding form for the past three months. Having started with seven points from their opening nine matches to leave them in the relegation zone, the Bluebirds have since won 13 of their next 15 and boast the best goal difference in the division.

That has largely been down to the scoring prowess of Scott Quigley and John Rooney, who have combined to notch 25 times this season.

While it is hard to make a case against them continuing that form, 9-4 seems too short for them to win the league given how tight it is, and it is instead worth considering the promotion market considering six teams reach the playoffs.

One team who could be in the mix at the end of the season are Harrogate, who are currently sixth.

They have lost only twice in the past three months and boast the second-best home record in the league with 27 points from 13 matches.

Much like last season when they reached the playoffs, scoring has not been an issue. But defensive struggles have resulted in fewer wins than they could have achieved, with both teams scoring in their last seven games.

Still, they are showing promising signs and should make the top seven in May.

Despite a bad run of form Barnet are still just four points off seventh with a game in hand on a few of their rivals and are also worth backing for promotion at a bigger price.

There was plenty to like about their performance against Fylde earlier this month in which they nabbed a last-minute winner, and with plenty of talent in their squad, they should not be discounted.