Fylde can coast to success against Chesterfield 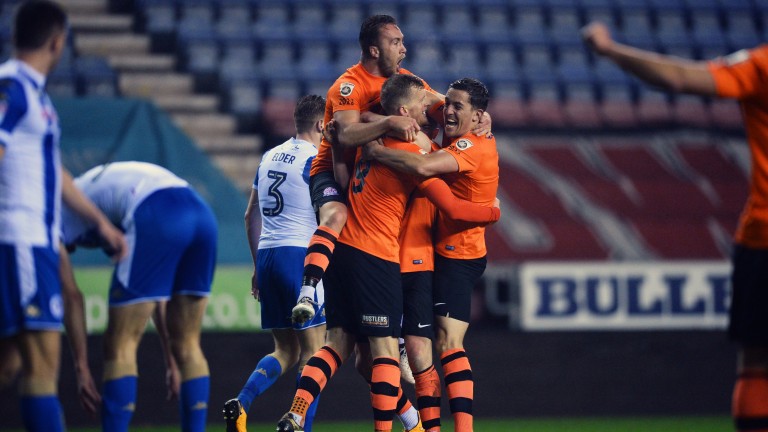 AFC Fylde could be celebrating again when they host Chesterfield
Getty Images
1 of 1
By Andrew Wilsher 8:00PM, FEB 15 2019

You have to go back to the beginning of November to find the last time AFC Fylde lost at Mill Farm, and that unbeaten run is likely to remain intact when they host Chesterfield.

The Coasters have lost at home only twice this season, to promotion candidates Salford and Leyton Orient, and boast a goal difference that is second-best in the league.

Chesterfield arrive following a narrow win over Halifax last week which lifted them out of the relegation zone, but the problems are far from over for manager John Sheridan.

Although unbeaten in six, the Spireites have struggled to find consistency on the road, earning just 13 points and keeping two clean sheets.

The firepower of top scorer Danny Rowe should be too much for them to handle.

Bottom club Braintree earned a shock late 1-0 win over Salford last week, but they can be brought back to reality when they travel to Eastleigh.

The Iron have lost six of their last eight away matches and sit eight points from safety. They may struggle to improve their total against an Eastleigh side who have won their last three matches and sit just one point off the playoffs.

Gateshead are also contenders for the post-season but have won just once in their last eight games, and look vulnerable against Dagenham & Redbridge.

The Daggers have gone off the boil with one win in six, but have been competitive in each of those and have lost just once at home since October. They look good value get back on track.