Narrow win over France may be best England can hope for

Dublin outcome sure to be major factor in England performance 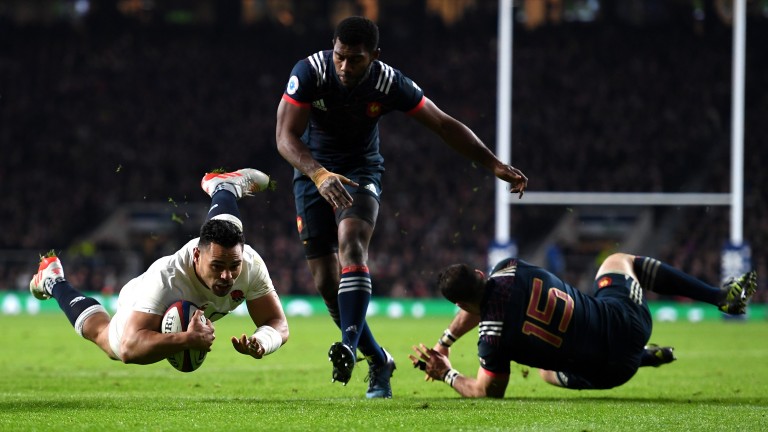 It will be no surprise if England coach Eddie Jones keeps his players in the dark over the earlier result between Ireland and Scotland as he will want nothing to distract them from finding a performance to banish the memories of their defeat to Scotland in round three.

The England players have had two weeks to stew on that upset - just their second loss under Eddie Jones and their first they have had to try to bounce back from, as last year's defeat to Ireland came in the final round.

England have not lost back-to-back Six Nations matches in the same tournament since 2006 and have won six of their last seven against Les Bleus.

But their Murrayfield meltdown highlighted the hidden weakness in this England side as they failed to react on the pitch to Scotland's smart kicking game and their fierce battling at the breakdown.

Jones has complained about a lack of leaders on the pitch who can get a grip of the game when plans need to change and the players have to adapt, and if there's one place where you can be sure you will be hit with something unexpected, it is Paris.

France have looked pretty ordinary in this tournament, and even though they got the scores on the board to pick up their first win against Italy in round three, the match in Marseille was riddled with inaccurate execution, aimless kicking and poor decisions.

But with rain forecast, a big French pack ready to take England on at the set-piece, and 18-stone centre Mathieu Bastareaud back to his bulldozing best and set to come charging at George Ford and Owen Farrell, England may again find it hard to get on the front foot.

Jones has resisted the temptation to fight fire with fire by starting with Richard Wigglesworth at scrum-half to direct a territorial kicking game, although powerful centre Ben Te'o comes in at the start to bolster the midfield.

There's no doubt the players will be fired-up to go for the jugular, and if they can get an early breakthrough they could well kick on against a dispirited French side. In 2015 they needed to beat France at home by 26 points in the final round and got on the scoresheet after one minute, but fell short in a 55-35 victory.

We may not see that many points this time given the gloomy forecast, and indeed it is tempting to go under the general line of 4.5 tries given that these are the two tightest defences in the tournament, with England having shipped five tries and France only four.

But there seems little point getting involved in that market until we know what England need to take from the game. But whether they have to chase points and risk conceding them too, or can keep it tight in wet conditions, a narrow away victory looks the most likely outcome.

Recommendation
England to win by one to 12 points
2pts 6-4 BoyleSports, Sky Bet, 188Bet