Away side are full of goals 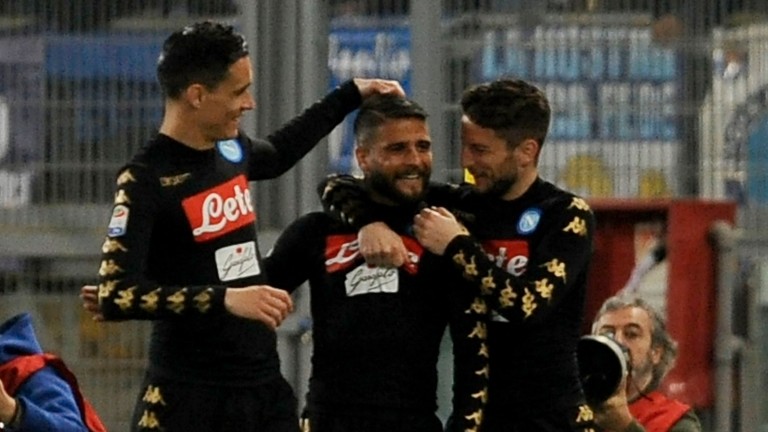 Roma v Lazio BT Sport 3, 11.30am
Roma have beaten city rivals Lazio in five of their last six encounters and look the likely winners again as they bid to keep up the pressure on Juventus in the title race.

The Wolves have taken 16 points from the last available 18, while Lazio have stumbled, taking four from the last nine and Roma can gain revenge for their Coppa Italia exit.

Key stat
Roma have won 14 of their 16 home league games this season.

Crotone have given themselves a chance of Serie A survival with three wins and a draw in their last four games and they can gain another positive result when Milan visit Ezio Scida.

A month ago, Davide Nicola’s men’s look destined for the drop at the end of their first top-flight campaign.

Now, fourth-bottom Empoli are only five points above them with five games to go, on-loan Diego Falcinelli can’t stop scoring, Simmy has become a super sub and confidence is flowing after 2-1 away wins at Chievo and Sampdoria, a 1-1 draw at Torino and a 2-1 home success over Inter.

Falcinelli has 12 for the season including a strike in a 2-1 loss at the San Siro in December and 12 of Crotone’s other 14 points have come in front of their own fans in Calabria.

Milan are in danger of missing out on the Europa League places after last Sunday’s shock 2-1 home loss to Empoli.

While their only other loss in an 11-game spell was at perfect-at-home leaders Juventus, they have won only two of their last eight nominal league away games (drew 1-1 with San Siro-sharers Inter).

At the start of the month, the Rossoneri drew 1-1 at bottom-of-the-table Pescara and while they have beaten other stragglers and strugglers Palermo, Empoli, Sassuolo and Bologna on their own patches, they were tonked 3-0 at Genoa in September and in January drew at Torino and lost at Udinese.

Inter's season has fallen apart after five games without a win and they are unlikely to get any respite from the visit of third-placed Napoli, who will be anxious to cement their position in the Champions League qualification places.

Inter have the worst defence among the teams in the top seven and are set to be exposed by a Napoli team who are full of attacking intent.