Napoli look set to entertain on visit to Bologna

Torino can pile the woe on newly-promoted Benevento 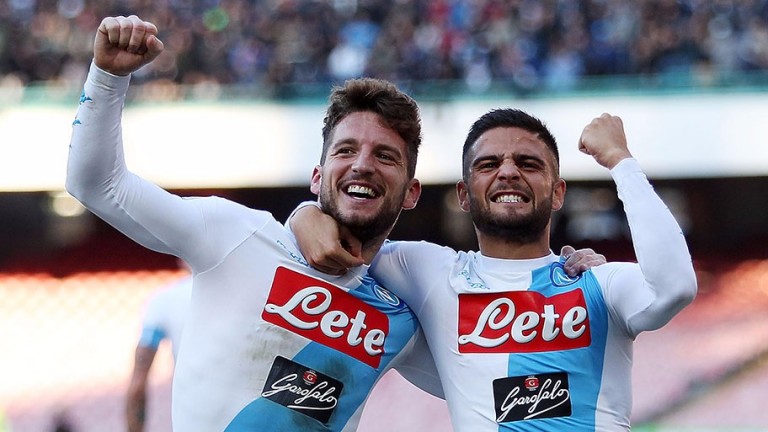 Bologna v Napoli BT Sport 1, 7.45pm
Bologna lost 7-1 at home to Napoli last season and they are long odds-on to suffer a first defeat of the campaign against the same opponents.

The hosts have scored in their first two games, while swashbuckling Napoli have kicked off their Serie A season with a couple of 3-1 wins so an entertaining away victory looks the bet.

Key stat
Napoli have scored 23 goals in their last six meetings with Bologna.

Promoted Benevento have lost their first two games in the top flight, scoring only one goal, and they may struggle to turn things around at home to Torino.

The visitors are an accomplished side who finished ninth in Serie A last season and have picked up four points from a possible six this term.

Key stat
Torino lost only three of their 22 games against teams below them in the table last season.

Lazio v Milan BT Sport 3, 2pm
Lazio's last six matches in 2016-17 featured 35 goals so it was a shock to see them held to a goalless draw by promoted Spal in their opening game this term.

The Romans nicked an 89th-minute winner at Chievo last time out but big-spending Milan mean business this season and can make another fast start as they bid for a third win out of three.

Key stat
Four of Milan's five league goals this season have come in the first 25 minutes.

Inter v Spal BT Sport 1, 11.30am
Inter have made a stirring start in Serie A, beating Fiorentina 3-0 before a 3-1 win at Roma, but promoted Spal have already shown their potential with four points from their first two games.

The trip to San Siro looks a tougher test for the Serie B champions, however, and Inter should extend their perfect start with a degree of ease.