Argentinian ace also worth considering at a big price 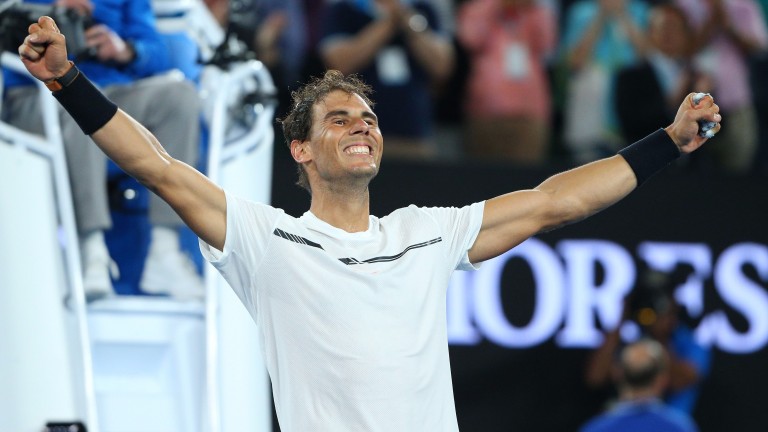 The draw for the BNP Paribas Open men’s singles has produced a section which is being termed the quarter of death, but rather than shy away from the cluster at the foot of the bracket it could pay punters to attack it.

But while Murray plotting a reasonably smooth path through the draw can be considered, the British ace does not have the greatest record in Indian Wells and he may struggle to post a quick follow-up triumph in the wake of his Dubai Championship cakewalk.

Federer may need time to gather himself after his heroics at Melbourne Park. The Swiss veteran was disappointing in Dubai, a tournament in which he has prospered down the years, and losing to Evgeny Donskoy was a concern.

Nadal, who found only Federer too classy in Melbourne and Sam Querrey too good in Acapulco, could be the answer at the Tennis Garden, a venue he loves dearly.

It has been a pretty positive start to the campaign for the Majorcan, winner in Indian Wells on three occasions, and critically Murray or Djokovic may find it tough going silencing Nadal should they clash.

Nadal won’t have been overly worried about losing to Querrey with Indian Wells just around the corner, but one player who could seriously test him this week is Del Potro.

In previous years, Del Potro has threatened in this tournament but has accepted runner-up and semi-final places with typically good grace. But now it’s time for the Argentinian to step up to the plate and show he truly belongs back in the top echelon.

The career-threatening injury woes were heartbreaking, of course. But there were also suspicions that in his second bite of the cherry, Del Potro may not have possessed the strength of character needed to defeat the top brass in the active years that followed his solitary Grand Slam triumph at the 2009 US Open.

This year, and perhaps this tournament – the first important one he has contested since helping Argentina to a first Davis Cup victory in November – repre­sent a clean slate for Del Potro, though. And with nobody at or near the pinnacle looking rock-solid right now, there’s a definite opportunity for the Tower of Tandil to showcase his many talents once again.

On day one of the main-tour ATP action, it will be disappointing if Alexandr Dolgopolov cannot find a way to defeat Viktor Troicki after the Ukrainian’s promising efforts on clay in the recent Golden Swing.

Troicki is seldom an easy opponent to deny but Dolgopolov, who surprised world number five Kei Nishikori in the Buenos Aires final last month, is a talented performer when he puts his mind to it and he should enjoy the open courts at the Tennis Garden.

Adrian Mannarino has not been in the best of form this year – he has won only one match at main-tour level – and Juan Monaco could cause problems for the Frenchman. The seasoned Argentinian can be backed to progress to round two, but taking into account possible rustiness on the part of the selection after suffering a wrist injury in December which led to him missing the Australian Open, it may be wiser to back him to win at least a set.