Nadal crashes out of Wimbledon after epic five-set encounter 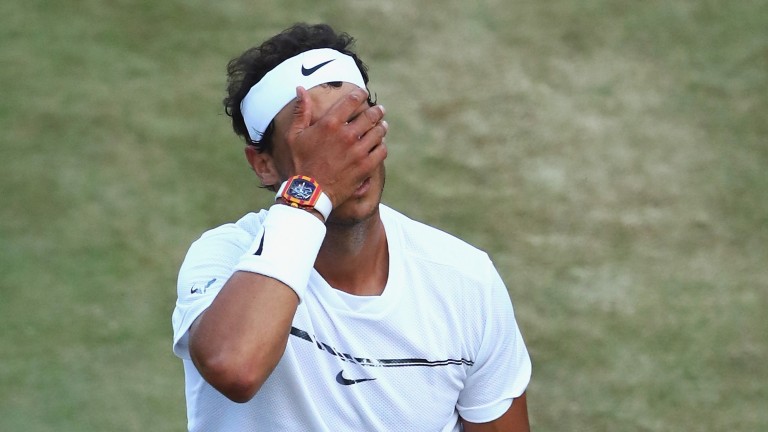 Rafael Nadal crashed out of Wimbledon after an incredible marathon match against Gilles Muller as Manic Monday lived up to its name at the All England Club.

The French Open champion, who was a 1-7 shot to advance, battled back from two sets down to force a decider but it was Muller who eventually claimed a 15-13 victory in a final set that lasted more than two hours.

Sam Querrey, Milos Raonic and Tomas Berdych also all triumphed in five sets on a dramatic day of play.

Nadal will not be in the quarter-finals, but Andy Murray beat Benoit Paire to progress and Roger Federer impressed in dismissing Grigor Dimitrov.

Novak Djokovic was due to play after the marathon match on Court One, but the three-time champion will now face Adrian Mannarino on Tuesday.

Nadal was many people's pick for the title and his exit has seen the big names cut in the betting - Federer is the 13-8 favourite with Djokovic 3-1 and Murray 7-2.

In the women’s action, Johanna Konta had to work hard to see off Caroline Garcia while Garbine Muguruza came through a classic match with 2016 finalist and world number one Angelique Kerber.

Those two share favouritism at 9-2 while hard-hitting American Coco Vandeweghe is 5-1 for a first Grand Slam title.