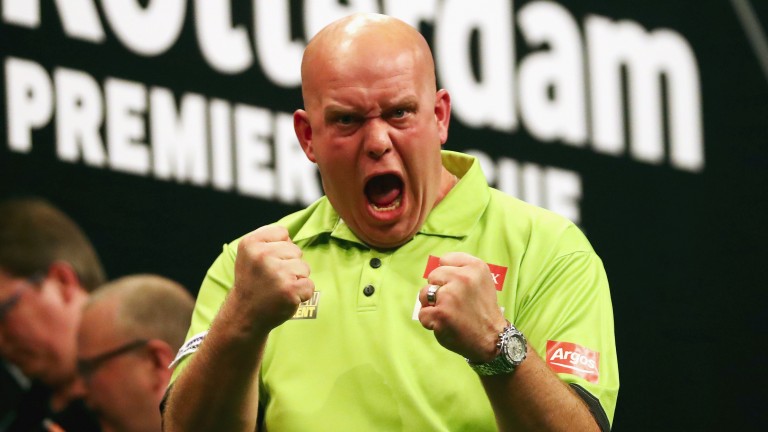 Michael van Gerwen is bidding to successfully defend two TV titles in two weeks in the World Series Finals and he should back up his victory in the European Championship with a perfect start in Glasgow.

MVG takes on Max Hopp in the second round - the Dutchman was seeded through to round two - and Sky Bet look to have taken a chance by offering 8-1 that the Green Machine can beat the German without dropping a leg in this first-to-six contest.

There was plenty of talk about Van Gerwen's fitness before the Belgian event, and while he probably wasn't at his best, he still managed to beat Ian White, Simon Whitlock, Kyle Anderson and Rob Cross on the way to lifting the Euro crown. If anything MVG looks likely to improve this week and that could spell big trouble for Hopp.

The Maximiser was crowned PDC Youth World Championship in 2015 but he had done little of note on the main tour before his win over Adrian Lewis in the opening round.

James Wade has endured some shock defeats in recent months but class is permanent and he can see off Simon Stevenson in comfortable fashion.

Wade failed to qualify for the European Championship and prior to that lost to Phil Taylor in the German Masters and Steve West in the Grand Prix.

It may seem silly to support the Machine after he was beaten by a vastly lower-ranked player such as West but the Aldershot arrowsmith played pretty well.

Stevenson is a capable player on the floor and managed to get past Jan Dekker in round one but his TV experience against top players is virtually non-existent and if he fails to settle Wade should cover the handicap.

Abrasive Aussie Corey Cadby could get a taste of his own medicine against Gerwen Price.

This is the type of contest Price is likely to relish and there is simply no chance of Cadby's on-stage antics getting to the Welshman. In fact you can expect the Iceman to put the wind up the Aussie and it's difficult to see why Price is rated the outsider at 13-10.