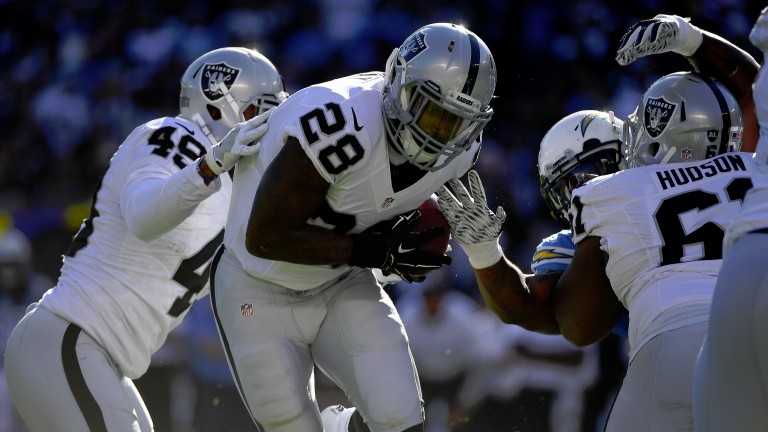 Oakland have reached the playoffs for the first time since 2002 but they will consider themselves incredibly unlucky to have seen their quarterback Derek Carr break his leg.

The Raiders looked capable of having a real charge at glory but the injury has stopped them in their tracks.

All this is good news for Houston, who are looking to become the first team to win the Super Bowl in their home stadium.

However, for all their defensive ability – they have conceded fewer yards than any other team despite the loss of their best player, defensive end JJ Watt – they have problems offensively too.

They limped through a weak AFC South, winning nine of their 16 regular-season matches, and few would suggest that quarterback Brock Osweiler’s big-money move from Denver has been a success.
Few points are anticipated in the first clash of wildcard weekend and a scrappy game looks likely to ensue.

There will be huge pressure on Connor Cook, who will make his debut as Oakland quarterback in such a big match and while the Texans are capable of stuffing the run, it could be a busy night for running back Latavius Murray.

He had just six carries in last week’s defeat against Denver that cost Oakland the AFC West, but he should be utilised significantly at Houston.

Houston
Brock Osweiler will start at quarterback as Tom Savage is ruled out due to concussion.