Murray could have to fear dangerous Croatian 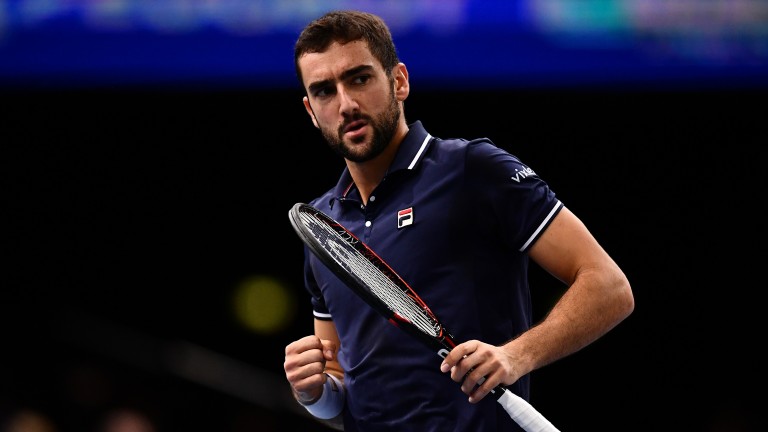 An each-way bet on Marin Cilic could prove the best outright value of the tournament
Dan Mullan
1 of 1
By Adrian Humphries 7:01PM, NOV 12 2016

Bookmakers have new world number one Andy Murray edging favouritism over Novak Djokovic, the man he knocked off the top rung, for the ATP World Tour Finals in London.

Djokovic will be bidding for a fifth successive title triumph in the tournament – and a sixth victory in the season-ending champion­ship.

But while the sore Serb could be an obvious danger – he has won all 23 matches he has contested against his group rivals – the oddsmakers may be right to have found in Murray’s favour.

It’s the eighth year London has staged the two-group round-robin format event, but Murray has never made the final of the tournament let alone lifted the trophy.

But the way he has finished this year under the guidance of coaches Ivan Lendl and Jamie Delgado, it would be a brave punter who dismisses the super Scot.

Whichever member of Murray’s camp would have noticed that Djokovic’s number one status could prove wobbly after his US Open final loss to Stan Wawrinka deserves a medal.

Following that defeat and subsequent break for Djokovic, Murray, who had been victorious at Wimbledon and the Rio Olympics in the summer, embarked on an unbeaten charge that took in title triumphs in Beijing, the Shanghai Masters, Vienna and the Paris Masters.

The week off after France is likely to have been well received by Murray, but while he has been placed in what looks like a tougher group than Djokovic that should not deter potential backers.

If there is to be a spanner in the works, it could be Marin Cilic and not Djokovic who could trouble Murray most.

Cilic, playing in his second World Tour Finals, is in the same group as Murray but in the 40 years that this competition has used the two-group format the finalists have come from the same group on 16 occasions.

So even though effectively only one qualifying place may be up for grabs as far as 2014 US Open hero Cilic is concerned, there is no great reason to shy away from backing the Croat.

Djokovic kicks off the singles action with a match against debutant Dominic Thiem and with the Austrian having gone off the ball a little in recent months, it will be a surprise if the match yields an upset.

World number two Djokovic looked undercooked for his Paris Masters return from a fortnight off and Thiem has an opportunity to keep it close, but it’s difficult to be confident about that happening.

This evening Milos Raonic plays Gael Monfils. Raonic started the season in superb form, but the Canadian’s game subsequently dropped a notch with the exception of his run to the Wimbledon final in July.

Monfils has enjoyed arguably his most consistent campaign of his career – once again without winning many tournaments. The Frenchman could be the pick on form, but reliability has never been a watchword with the Parisian.

Singles format Two groups of four players from which the top two qualify for semi-finals; all matches are best-of-three sets with a tie-break in final set

Where to watch Live on BBC2 and Sky Sports