Dickinson can cross for Saints against Scarlets 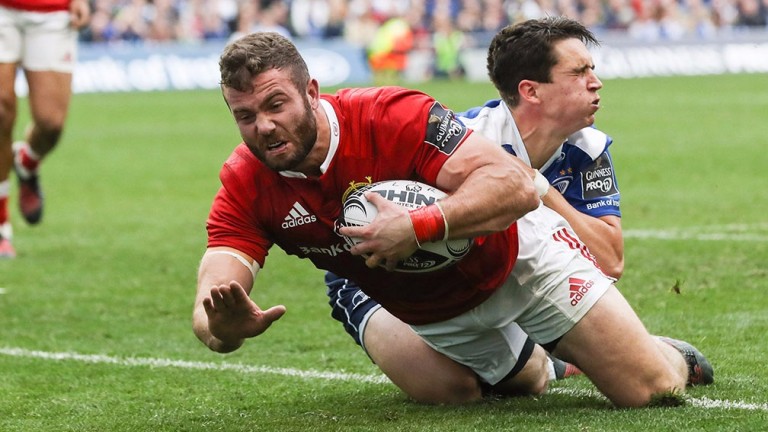 Munster’s recent form is so good that they are taken to defy 11 personnel changes and stay within five points of Edinburgh in the televised Pro12 contest even if they fail to land the win which would take them top.

Myreside will be rocking for its debut as Edinburgh’s new home and the visit of the Red Army with the Scotland versus Ireland match to come at Murrayfield tomorrow.

And the hosts are in decent nick themselves, qualifying for the Challenge Cup quarter-finals as winners of a group also containing Stade Francais and Harlequins. But they have their own injuries and absences to contend with and Munster’s squad is far from weak.

Southern hemisphere trio Jaco Taute, Francis Saili and Tyler Bleyendaal are the glue that binds the away backline. Their pack has a front-five spine of Kiwi Rhys Marshall, Stephen Archer, Jean Kleyn and Dave Foley. The bench is boosted by the return of three forwards – Dave Kilcoyne, Billy Holland and Tommy O’Donnell – and in-form utility back Rory Scannell from the Ireland squad.

Northampton are asked to give up 28 points to Scarlets in the Anglo-Welsh Cup televised game.

Scarlets cannot qualify for the semi-finals and Morgan Allen captains a side at Franklin’s Gardens comprising mainly development players, so a solid-looking Saints outfit should prevail comfortably. But picking up the try-bonus success to put pressure on Saracens for a last-four berth may be hard in wet and windy conditions. Take bullocking Northampton number eight Sam Dickinson to score a try at 2-1.