Adam Thompstone can touch down in Twickenham East Midlands derby 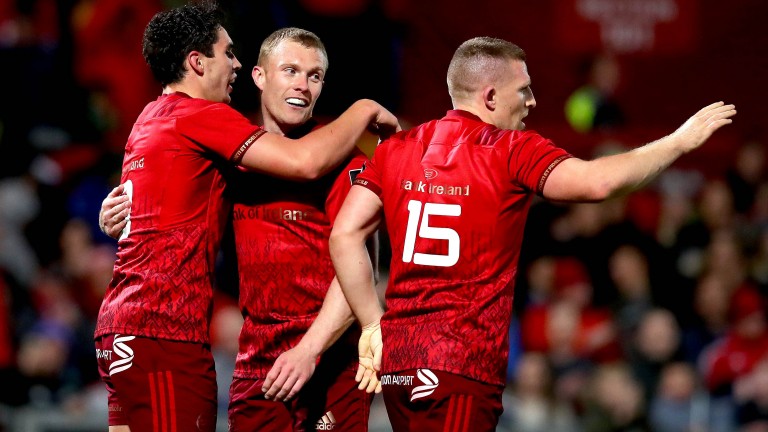 Domestic rugby derby days don't get much tastier than this televised trio of Northampton against Leicester at Twickenham, Harlequins against Saracens at the Stoop and Leinster against Munster at the Aviva Stadium. The supporting Premiership and Pro14 coupons including two Welsh derbies aren't shabby either.

The first East Midlands derby of the campaign is being played at Twickenham as a fundraiser for Rob Horne, the Australia ace who suffered a career-ending arm injury seconds into Saints' 27-21 success at Welford Road in April.

Northampton also beat the Tigers at Franklin's Gardens last season and look the much more settled camp this term. The 2016 Super Rugby-winning coach Chris Boyd has got Saints playing as a collective again after two seasons in the doldrums while injuries have added to the confusion at Leicester after Geordan Murphy took over from Matt O'Connor following their round-one drubbing at Exeter.

However, it is hard to ignore that Northampton conceded 50 points in both their visits to Twickenham last season while the Tigers beat Bath 34-9 on their appearance.

The best-value bet in what should be an entertaining encounter is Leicester right wing Adam Thompstone to score a try. Injuries have hampered Thompstone in recent years but he is fully fit now, crossed against Bath at Twickenham last season and dotted down in both 2016-17 meetings with the Saints.

Premiership champions Saracens have claimed a perfect 25 points out of 25 this season but an 11-point start looks big for hosts Harlequins.

Quins opened up the campaign in London with a 51-23 win over Sale and gained a 27-25 success at Gloucester last Saturday and while they wobbled inbetween, most especially at home to Bath, at least they continued to score points.

The home crowd will be baying for a fourth Stoop league success on the spin against Sarries on Mike Brown's 300th Harlequins appearance and head coach Paul Gustard and wing Nathan Earle know the away set-up and tactics inside out. A strong Saracens selection should find a way to win but it is unlikely to be a stroll.

Johnny Sexton, Jordan Larmour and Tadhg Furlong are not in the Leinster squad for the now traditional pre-Champions Cup tear-up with Munster at the Aviva Stadium but head coach Leo Cullen is certainly not taking the challenge of the Red Army lightly because they have lost their two tough previous away games at Glasgow and Cardiff, nor is he prioritising next Friday's tussle with Wasps.

Punters should do the same, and take Leinster to prevail by a margin of between one and 12 points, because Munster boss Johan van Graan has named all his available big guns and a dangerous bench.

Scarlets against Ospreys is the pick of the all-televised Pro14 supporting card and it is impossible to ignore the 7-2 on offer about Wales wing George North scoring a fourth try since swapping Northampton for the Liberty Stadium in the summer. Both teams' attacks are looking in better shape than their defences.