Mumbai can find way to prevail in Lions' den 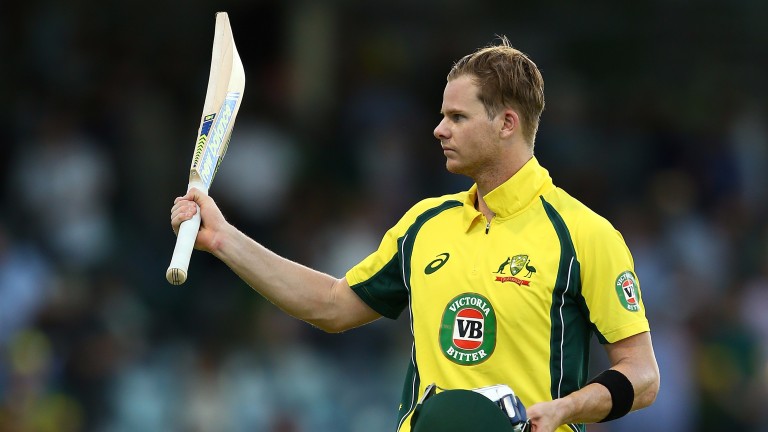 And it looks like Virat Kohli and his gang will have to put together a similarly spectacular streak, starting at the Maharashtra CA Stadium, to make the last four this time too. They trail their hosts Rising Pune Supergiant, who beat them by 35 runs at the Chinnaswamy 13 days ago, having played a game more and their last two defeats have been particularly heavy. They were bowled out for 49 in Kolkata on Sunday and then skittled for 134 at home to Gujarat Lions on Thursday.

However, Pune are without England all-rounder Ben Stokes, star of the show when they won in Mumbai on Monday but absent for Wednesday's home loss to the table-topping Knight Riders, because of a shoulder injury and the venue shows a bias towards chasing sides.

The best bet, therefore, is skipper Steve Smith to be top Pune runscorer. Number three Smith hit 51 not out against the Knight Riders, has a campaign-best of 84 not out and has also top-scored for his team with 43 against Gujarat.

The only games Mumbai Indians have lost this tournament have been to Pune and they look worth a wager to beat the Lions in Rajkot.

Rohit Sharma's side have prevailed by four wickets in Bangalore and eight wickets in Indore against Kings XI. Suresh Raina's hosts have been beaten at Saurashtra CA Stadium by the Knight Riders, Kings XI and Royal Challengers.

Yorkshire are 8-11 to begin their One-Day Cup North Group campaign with a win against Nottinghamshire at Trent Bridge. On Thursday, the Outlaws lost at Worcester by five-wickets on Duckworth-Lewis after making 273-6.