Muguruza looks to have stolen a march on Venus and co 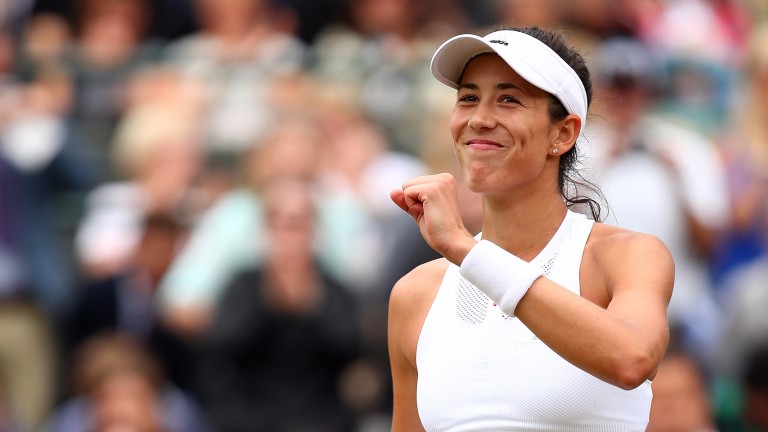 The Spaniard, who followed victory over world number one Angelique Kerber with a straight-sets win over in-form Svetlana Kuznetsova on Tuesday, looks as comfortable on grass as on clay and that means the others could all be playing catch-up.

The only Spaniard to win the women’s singles, Conchita Martinez, is now firmly ensconced in Muguruza’s corner and things are looking up for the 14th seed.

2 Venus Williams could give Muguruza most to think about
Venus Williams surged into the last four with a victory over French Open champion Jelena Ostapenko and the five-time Wimbledon singles champion has yet to be seriously tested.

She gave best to Angelique Kerber in the semi-finals of the London Slam last year when she was a 66-1 chance, but the American veteran, who last won the title in 2008 and last reached the final a year later, clearly has a big chance of going at least a step further this year.

The bookies saw it coming, though, and they made her no bigger than 16-1 ante-post. But thus far, none of her supporters has been let down.

3 Jelena Ostapenko is good enough to win more Grand Slams
Ostapenko was a similar price to Venus before the tournament started, but while the Latvian looked plenty short enough for London after her 150-1 Roland Garros triumph, she deserves big credit for another positive Slam effort.

Ostapenko has backed up her arrival on the big stage in good style and it will be exciting to see how the powerful youngster fares on the North American hardcourts in the coming months.