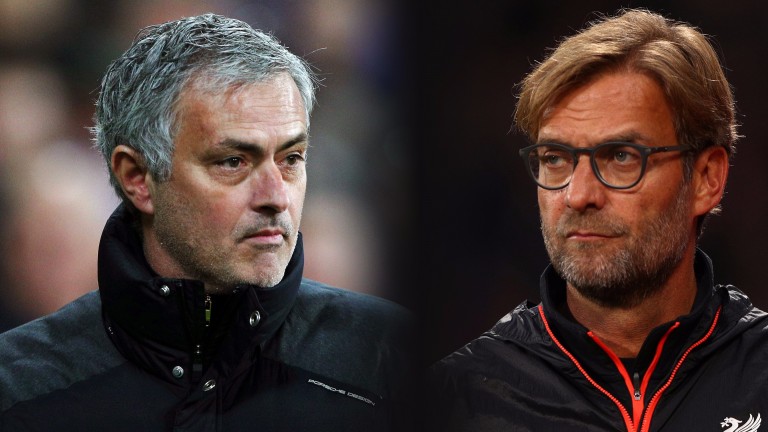 The first clash between Manchester United and Liverpool at Anfield in October was a shocking affair but the reverse fixture should live longer in the memory and the hosts look in better shape to defeat their old rivals at Old Trafford.

United's defensive plan nullified Liverpool that night as the English giants played out a dismal stalemate which featured just four shots on target in a forgettable 90 minutes, although Jose Mourinho's side now possess the belief to be more expansive.

The Red Devils have encountered a fairly soft fixture list in their run of nine straight victories. That fortunate schedule included cup games against Zorya, Reading and Hull, and their luck continues as Liverpool are nowhere near full strength for this clash of the titans.

Senegal winger Sadio Mane, Liverpool's top goalscorer with nine Premier League goals, is at the Africa Cup of Nations and there is nobody else in the Liverpool squad with that blistering pace which helps to create so much space for the attacking midfielders.

Chief creator Philippe Coutinho got 30 minutes into his legs during Wednesday's 1-0 EFL Cup semi-final defeat at Southampton but remains short of peak match fitness having last started a match in late November.

Only Jurgen Klopp will know whether his brilliant Brazilian can last the pace in a game of this magnitude and decisions will also need to be made on skipper Jordan Henderson (out since December 31) and influential centre-back Joel Matip (missing since December 11).

It's probably no coincidence that recent results have dipped without their best 11 on the pitch and the only positive aspect Liverpool can take out of the St Mary's trip on Wednesday is that they lost only 1-0.

United have had an extra day of rest having won their semi-final first leg 2-0 against a depleted Hull side on Tuesday when most of those selected by Mourinho seemed to be holding something back.

Michael Carrick and Zlatan Ibrahimovic should be fully rested having missed out and the balance of United's play seems to have improved in recent times with the return of midfield maestro Carrick.

Paul Pogba is higher up the pitch, Ibrahimovic has scored 12 goals in his last 12 appearances and the five-point gap between the arch-enemies could easily be narrowed to two at the full-time whistle.

The 90-minute prices suggest there is very little between the sides discounting home advantage which is a fair assessment, possibly even underrating Liverpool slightly.

However, the ermergence of Klopp's side as Premier League title challengers has been thanks to Matip keeping a lid on the defence, Henderson and Lallana driving the midfield press plus the excellence of roaming trio Coutinho, Mane and Roberto Firmino.

Mane is definitely out, another three are doubts and Firmino has scored once in his last 11 outings so it may be yet another miserable Old Trafford trip for the Merseysiders.

Team news
Man Utd
Eric Bailly is at the Africa Cup of Nations but Zlatan Ibrahimovic and Marcos Rojo should be available.

Liverpool
Jurgen Klopp needs to decide whether Joel Matip, Jordan Henderson and Philippe Coutinho, who participated in full training on Thursday, are ready to start a match of this magnitude. Sadio Mane is at the Africa Cup of Nations.

Listen to the Racing Post Postcast on this match