United can put a smile back on Mourinho's face

Wigan should be outclassed at Old Trafford 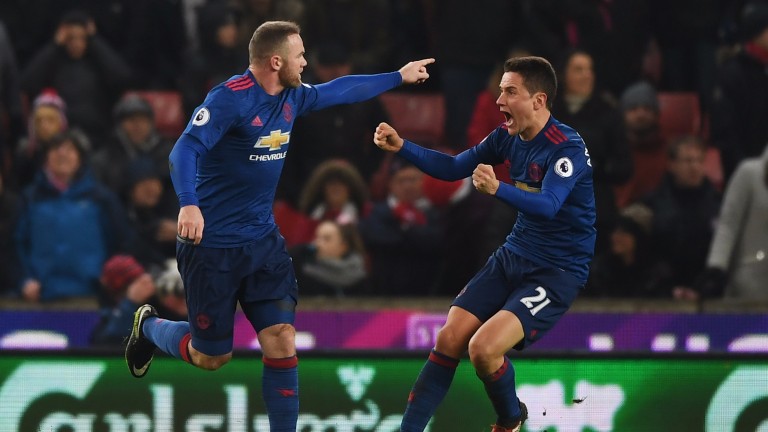 Jose Mourinho was in a grumpy mood despite Manchester United reaching the EFL Cup final on Thursday but a smile should return to the face of the Red Devils boss after Wigan have visited Old Trafford for this FA Cup fourth-round tie.

United saw their 17-match unbeaten run end with a 2-1 defeat at Hull despite progressing past the Tigers 3-2 on aggregate in their semi-final clash. And Mourinho was unhappy with the award of a penalty converted by Tom Huddlestone.

That result made it three games without a win for United, although the most important aspect of Thursday's game was to qualify.

In their last Premier League game the Red Devils were unlucky to be held 1-1 at Stoke even though they needed Wayne Rooney's last-gasp free kick to rescue a point.

Stoke had only one shot on target at the bet365 Stadium and there is no doubt United are playing in a controlled manner that should serve them well for the remainder of the campaign.

Sky Bet Championship raiders Reading were hammered 4-0 at Old Trafford in the FA Cup third round and, while Wigan are likely to adopt more conservative tactics, this should still be routine.

United are understandably long odds-on to progress at the first attempt and a win to nil makes more appeal.

Mourinho will make changes but he has a massive squad - a point highlighted by the absence of Anthony Martial, Antonio Valencia, Eric Bailly and Bastian Schweinsteiger from Thursday's 18-man roster.

It is reasonable to expect some of those to start against Wigan, while the likes of Marouane Fellaini, Rooney, Juan Mata, Luke Shaw and Henrikh Mkhitaryan will also be pushing for berths in Mourinho's 11 after being substitutes at Hull.

Only Manchester City have scored more than once at United this season and Wigan seem set to follow Southampton, Zorya, Burnley, City (in the EFL Cup), Burnley, Feyenoord, Tottenham, Reading and Hull in firing blanks at Old Trafford.

This will be a huge occasion for Latics chief and ex-United reserves boss Warren Joyce but if anything an upset seems even less likely than the odds suggest.

Wigan have won three on the spin and are set to protect themselves better than wide-open Reading did in their Old Trafford hammering. Joyce was criticised early in his Latics career for being ultra-defensive.

Athletic are the lowest scorers in the Championship with only 24 goals this season and they have failed to register on 13 occasions.

Midfielder Sam Morsy has been excellent since returning from a loan spell at Barnsley but it is difficult to see where Wigan's goals will come from, particularly if Yanic Wildschut remains sidelined.

Team news
Manchester United
Sergio Romero will start in a goal with Jose Mourinho expected to make wholesale changes. James Wilson is their only absentee.

Wigan
Nick Powell is injured, while Reece James, Alex Gilbey and Andy Kellett have returned to training. Jamie Hanson is cup-tied and Yanic Wildschut is doubtful with a hamstring strain.

Key stat
Eight of Wigan's last ten away games have produced under 2.5 goals and only one of 15 has gone over 3.5 goals.

Listen to our Postcast on Sunday's FA Cup matches