Lewis Hamilton can storm to fifth Formula One world title 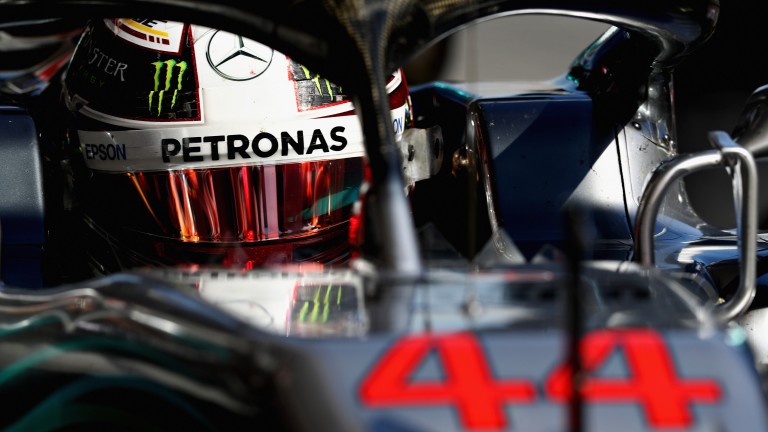 Lewis Hamilton peers out from his Mercedes during pre-season testing
Mark Thompson
1 of 1
By Adam Scriven UPDATED 12:47PM, MAR 24 2018

He may have been flattered by that margin as his chief challenger, Ferrari's Sebastian Vettel, suffered a spate of reliability issues and on-track clashes late in the season.

But Hamilton took his driving to another level after some indifferent performances early in the year and there's a case for saying the Briton should be a stronger favourite to beat Vettel to the honour of matching the legendary Juan Manuel Fangio's haul of five titles this season.

Ferrari set the Circuit de Catalunya alight in pre-season testing with Vettel and Kimi Raikkonen smashing the unofficial lap record. But Mercedes were not focusing on headline laptimes and paddock insiders are united in their belief the champions have taken a significant step forward.

Technical experts have been full of praise for the new Red Bull. With design genius Adrian Newey back in a major role at their Milton Keynes base the car features some innovative aerodynamics which could help them regain second place in the constructors standings from Ferrari.

Red Bull's handicap is a lack of grunt from their Renault engine, but that didn't stop Max Verstappen from winning in Malaysia and Mexico last season - two circuits where drivers spend plenty of time on full throttle.

Punters should not be dissuaded from backing Hamilton to win the title at odds-on, but for a bigger return Sky Bet's straight forecast market warrants a closer look.

If Ferrari and Red Bull find themselves in a battle they could end up taking points off each other and allow Hamilton's teammate Valtteri Bottas to be his closest challenger in the standings.

The Finn had a solid first year at Mercedes, where he was often hurt by the car's sensitivity to running in traffic.

This year's model is thought to be less of a diva and Bottas ended the year just 12 points behind Vettel after a storming finish to the season. A dominant victory from pole position in Abu Dhabi should have left Mercedes happy with their decision to sign him for another year.

Verstappen might have had a say in the title fight last year but for a terrible start that saw him finish just four of the first nine races.

Most of those retirements came while the young Dutchman was holding prominent positions and although he ended the year 32 points behind his teammate Daniel Ricciardo it could have been a different story.

Renault are limiting their teams to conservative settings early in the year to improve reliability before delivering a significant upgrade when the circus returns to Europe.

If they get it right, Verstappen could emerge as Hamilton's closest pursuer.