Mercedes man can make up for Baku misery 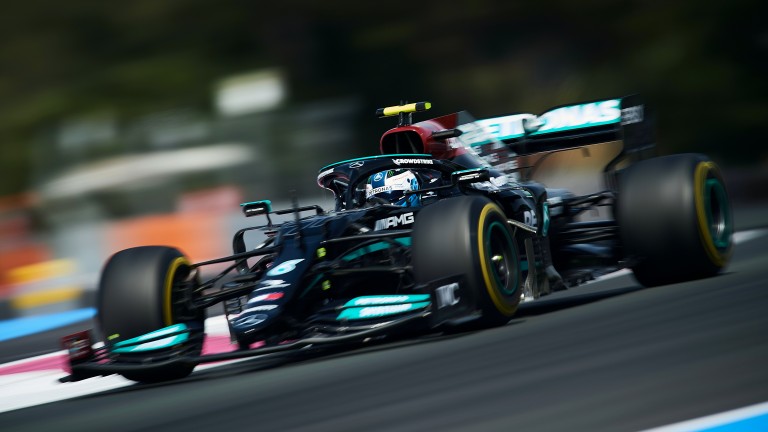 Bookmakers are struggling to split the top three in the market for pole position in Saturday's French Grand Prix qualifying session.

Championship leader Max Verstappen headed practice at Paul Ricard by just 0.008 seconds ahead of a resurgent Valtteri Bottas, who had been fastest in the morning.

The first six races of this intriguing season have seen four different drivers claim pole positions – with only one of them going on to win the race.

Only Ferrari’s Charles Leclerc has scored back-to-back poles, topping qualifying for the last two races at Monaco and Baku.

However, those were street circuits and the demands of the purpose-built facility in Le Castellet are totally different. That is reflected in Leclerc’s price of 50-1 to make it a hat-trick of poles this weekend.

After a miserable weekend for Bottas in Azerbaijan in which he didn’t have the pace to finish in the top ten, Mercedes have switched the Finn’s chassis with Hamilton’s.

Bottas seems to have responded – and he needs to as rumours are gathering pace that he will be replaced at the end of the season by 23-year-old Williams driver George Russell.

Hamilton was heard complaining to the team that something felt wrong with his car during practice, so maybe Bottas has an excuse for his disappointing season to date. The Finn sits just sixth in the standings having finished no higher than third this season.

But Bottas has always been stronger over a single lap than a race distance, while Mercedes have dominated at Paul Ricard in the past. The Finn also has a history of responding well under pressure, and he looks the one to support.